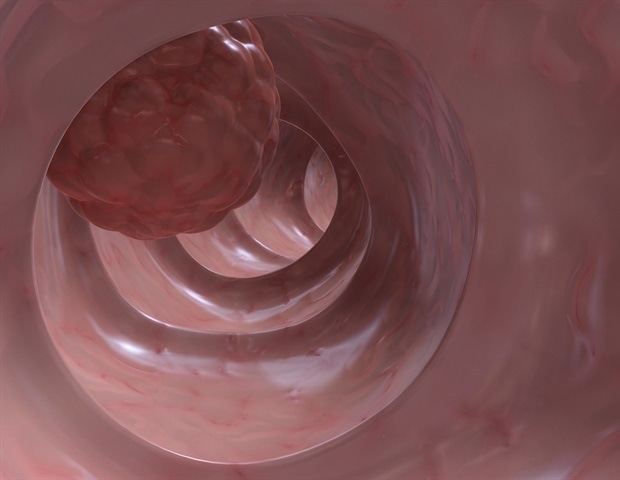 New research presented at this year’s European Obesity Congress (held online, May 10-13) finds evidence that structures called inflammasomes (a part of the innate immune system that helps regulate inflammation) could have a important role in the development of obesity. associated colon cancer.

Inflammasomes are part of the innate immune system that provides the first line of defense against pathogens through a wide range of physical, chemical, and biological responses.

Deregulation of inflammasomes within visceral adipose tissue (IVA fat surrounding organs) and in the colon can cause prolonged episodes of inflammation, favoring the development of colon cancer (CC).

The aim of this study was to explore whether obesity and CC influence the expression of different inflammasomes and their main “activating” molecules (called interleukins 1ß and 18), VAT and colon, where they could create a microenvironment conducive to tumor growth.

Tissue samples were obtained from 99 subjects [38 lean (LN), and 61 obese (OB)], which were further classified into those with CC (41), and those without (58). The study first revealed that obesity and CC increase gene expression levels of the NLRP3, NLRP6, ASC, IL1B, and NOD2 proteins in VAT.

Levels of adiponectin gene expression were also reduced in VAT in obese subjects as well as in those with CC.

This may increase the risk of developing conditions such as type 2 diabetes and metabolic syndrome due to the role of adiponectin in modulating metabolic processes and improving insulin sensitivity. In contrast, CC was associated with reduced expression of NLRP6 and IL18 in tissue samples extracted from the colon.

The team also found evidence of a possible role of inflammasomes in altering the expression levels of proteins involved in maintaining the integrity of the intestinal wall.

These results provide evidence of the potential involvement of inflammasomes in obesity-associated colon cancer by regulating inflammation and the integrity of the intestinal barrier. “

They add: “Therefore, strategies to restore the immunosurveillance functions of inflammasome components could represent an interesting goal to identify and treat obese patients at increased risk of developing colon cancer.”

European Association for the Study of Obesity