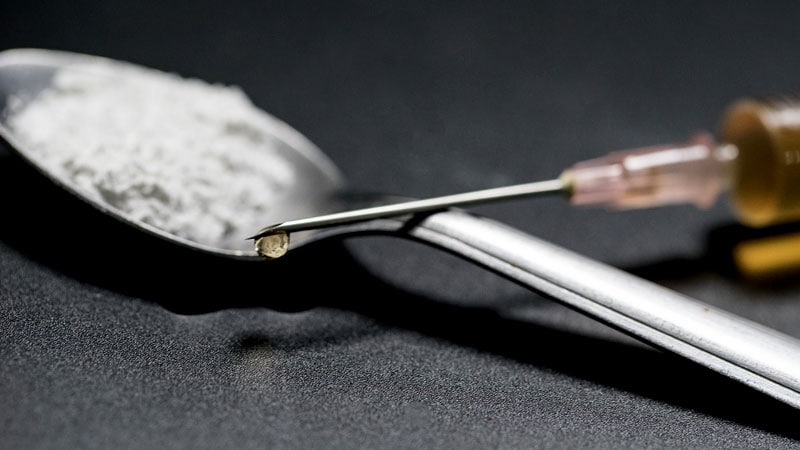 One consequence of the ongoing opioid epidemic in the United States may be an increase in the number of hemorrhagic strokes caused by infectious endocarditis, the research suggests.

Intravenous drug use (IVDU) can cause this bacterial infection in the heart. In a centric study, infectious endocarditis was associated with an increased risk of suffering hemorrhagic stroke as well as increased health use and costs.

The results were presented at the International Stroke Conference (ISC) 2021.

In the United States, 47,000 patients are treated in the hospital for endocarditis each year. The authors note that endocarditis increases the risk of stroke, which can lead to significant morbidity and mortality.

They retrospectively studied patients who had been treated for infectious endocarditis at Wexner Medical Center between January 1, 2014 and July 1, 2018. They examined the concomitant IV of patients. drug abuse and demographic data, risk factors, and associated costs were assessed.

The prevalence of globality intracranial hemorrhage increased among patients with IVDU, compared with those without it (25.9% vs. 13.9%; Pg = .005).

Medical costs were more than twice as high among patients with IVDU endocarditis than among those with endocarditis for other causes. The difference in health care costs during admission per patient was more than $ 100,000.

“Previous U.S. publications have shown an increase in the incidence of IVDU-related endocarditis and the current publication emphasizes this worrying trend,” said Manuel Bolognese, MD, head of the stroke center at Cantonal Hospital in Lucerne, Lucerne, Switzerland. Medscape Medical News. “The higher degree of hemorrhagic strokes and brain abscesses as additional complications is also alarming and shows that IVDU-related endocarditis is becoming an increasingly relevant medical problem in the US, with high morbidity and mortality.” .

The study period is long enough to show a clear trend of increasing incidence of IVDU-related endocarditis, Bologna said. The most important weaknesses of the study are its retrospective design and its restriction to a single center.

“Without knowing the prevalence of drug abuse and the socioeconomic situation in Columbus, it is difficult to generalize these findings to other regions of the U.S. or even abroad,” he said.

In addition, the summary does not provide any essential information, the Bolognese said. It would be important to know which valve was affected in each patient, which bacteria were identified, whether patients also used non-opioid drugs, and what each patient’s immune status was.

The lack of sterile material such as syringes could explain the apparent association between IVDU-associated endocarditis and low socioeconomic status, Bolognese said. Delayed presentation to medical institutions due to lack of insurance could have led to a more complicated course.

“It would be interesting to see numbers from a broader spectrum in a national record,” Bolognese said. “It might be worthwhile to study interventions to improve hygiene aspects (such as the supply of sterile material, especially in the most vulnerable groups, such as the homeless) or to provide easier access to emergency health care despite the lack insurance, which could reduce the incidence of IVDU. “

Nimjee and Bolognese have not revealed any relevant financial relationship.