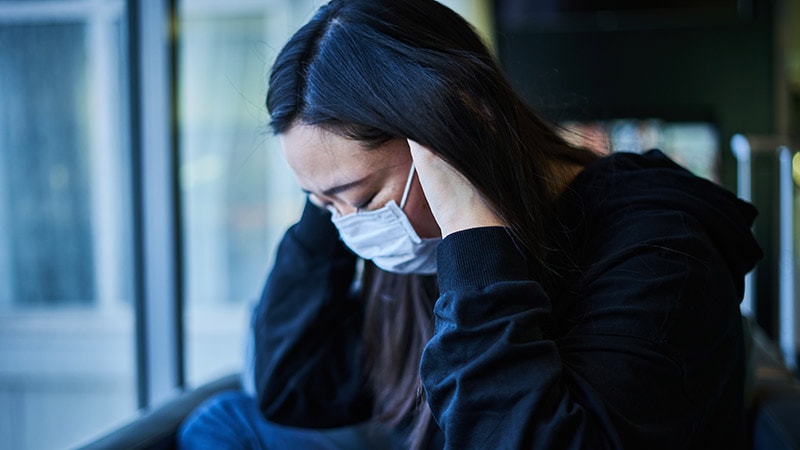 During the COVID-19 pandemic, the percentage of Americans who showed symptoms of mental illness has increased and the ability to treat these disorders has decreased, new report of the Government Accountability Office (GAO).

The GAO cites a February 2021 survey by the National Council for Behavioral Health (NCBH), which showed that many of its member organizations had downsized and decreased services during the pandemic. Among the results of the survey:

The NCBH, a nonprofit defense and consulting organization, reports that it has 3381 member organizations that serve more than 10 million people with mental illness and / or addiction problems.

Social distancing regulations during COVID-19 reduced the number of psychiatric beds in some hospitals and other facilities stopped admitting patients with a psychiatric diagnosis.

The only bright spot in all of this, the GAO said, was the increased use and payment of telehealth therapy. Stakeholders interviewed by the GAO reported that telehealth had “improved access to behavioral health services for some patients who did not need face-to-face services and resulted in fewer missed consultations”.

The GAO report did not explain why so many organizations serving patients with mental illness had reduced staffing, reduced staffing hours, and / or moved or rescheduled patients. Part of it was undoubtedly attributable to the pandemic, which made patients less likely to schedule appointments with any healthcare provider.

In addition, the GAO presented anecdotal evidence that some taxpayers had made it difficult for health care professionals to pay. For example, officials from the Virginia Health Association and Hospital told the GAO that they had heard of an increase in delays and denials of hospital claims for patients with physical and behavioral diagnoses.

In addition, the Texas Hospital Association reported that payments for behavioral health emergencies leading to admission, including suicide attempts, were denied or delayed.

Most respondents told the GAO that state Medicaid programs were the ones that paid the least in this regard. In an Oregon hospital system, for example, behavioral health claims for Medicaid patients who had received medical / surgical and behavioral health services were routinely denied.

NCBH officials noted that it is common to experience longer delays in paying claims under Medicaid-managed care plans than in state-administered Medicaid plans, due to differences in standards regarding which constitutes an acceptable claim.

Under federal law passed in 2008, insurance coverage for mental health and substance use disorders is not supposed to be more restrictive than coverage for medical / surgical services.

“However, even before the pandemic, long-standing questions were raised about whether coverage or claims for behavioral health services are denied or delayed at higher rates than other health services.” , the report notes.

Despite anecdotal reports, there is no evidence that the pandemic has worsened this situation. GAO respondents said that “payments were generally not affected by COVID-19 or it was too early to tell, apart from certain state-specific situations.”

What has changed during the pandemic, the GAO said, is the prevalence of mental health disorders. Surveys from the Centers for Disease Control and Prevention (CDC) conducted from April 2020 to February 2021 showed that the percentage of adults who had symptoms of anxiety or depression average of 38.1%. The percentages ranged from a low of 33.9% in May to a high of 42.6% in November.

In comparison, another CDC survey showed that approximately 11% of adults reported these symptoms from January to June 2019.

Overdose deaths and suicide attempts have also increased since the start of the pandemic, GAO reports. Analysis of CDC data released in February 2021 showed that visits to emergency services for suicide attempts and drug overdoses were 26% and 36% higher, respectively, since mid-March. until mid-October 2020 compared to the same period in 2019.

The GAO cited several reports showing that the shortage of health professionals was severe before the pandemic, especially in rural areas, and that these shortcomings have continued.