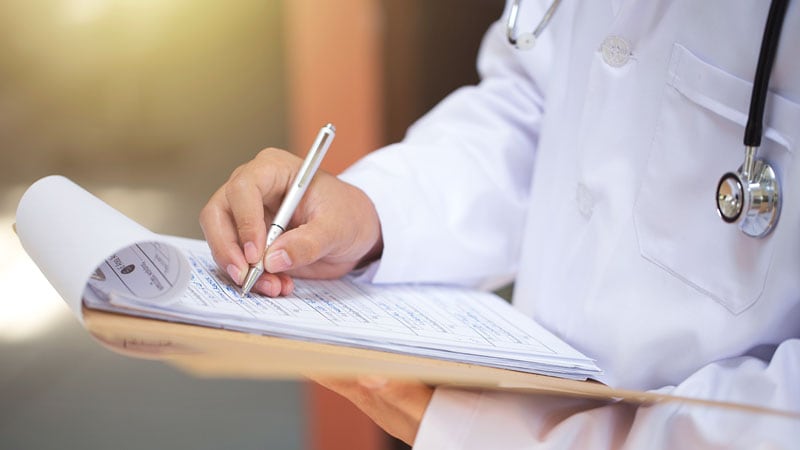 Doctors with infectious diseases are among the doctors carrying the heaviest loads of the COVID-19 pandemic.

Perhaps not surprisingly, they were the specialty least likely to feel fairly compensated for Medscape 2021 Infectious Disease Physician Compensation Report.

Only 44% said the pay was fair (down from 51% the year before) compared to the high-end: 79% in oncology, 69% in psychiatry and 68% in plastic surgery that they responded in this way.

Income, which reached an average of $ 245,000, varied little from the previous year overall, according to the survey, but nearly a third of identifying doctors saw their pay cut.

Once again, the identification doctors were at the bottom of the compensation spectrum. Pediatricians were paid less, at $ 221,000. Plastic surgeons surpassed the chart by $ 526,000, followed by orthopedists by $ 511,000.

At the same time, the identification specialty faces growing scarcity, an even more visible gap in the pandemic. Medscape reported last year that nearly 80% of U.S. counties do not have infectious disease specialists.

Thomas File Jr., MD, president of the American Society of Infectious Diseases last year, stressed that COVID-19 is not the only threat that ID specialists must face or will face. He cited the threats that Zika and SARS raised in recent years.

“COVID-19 illustrates the need for more trained identification specialists, because we know we will see more outbreaks in the future,” he told Medscape Medical News at the beginning of the pandemic in March 2020.

The hours of identified physicians generally increased during the pandemic and remain inflated 8 hours a week (60 compared to 52 pre-pandemics) as the nation struggles to control continued COVID-19 infections. Doctors in critical care and public health and preventive medicine also see heavier workloads, averaging 6 to 7 hours a week.

At the same time, doctors of infectious diseases devoted most of the doctors of all specialties to documentation and administrative tasks. These tasks, which include the introduction of electronic medical records and clinical reading, led physicians to identification 24.2 hours per week, plus twice the number of hours spent in anesthesiology (10.1); ophthalmology (10.3); and radiology (11.6).

The 24.2 hours represented a substantial increase compared to the last report, when the identification doctors reported that they had spent 18.5 hours on the tasks.

The survey asked about the hardest part of the job; Identification doctors reported “long hours” as number one followed by “having so many rules and regulations.”

Only 4% said the danger or risk associated with treating patients with COVID-19 was the hardest part.

The two main aspects of their work that they found most rewarding were “being very good at what I do” (chosen by 33%) and “knowing that I am making the world a better place” (31%).

Identified physicians reported seeing 78 patients a week in this report compared to 66 pre-pandemics, up 17%. In contrast, pediatricians recorded an 18% drop in patient visits, followed by dermatologists, orthopedists, and otolaryngologists (all down by about 15%).

Despite the challenges and dissatisfaction with pay, the vast majority of doctors with infectious diseases said they would choose both medicine (83%) and their specialty (89%, up from 85% last year).