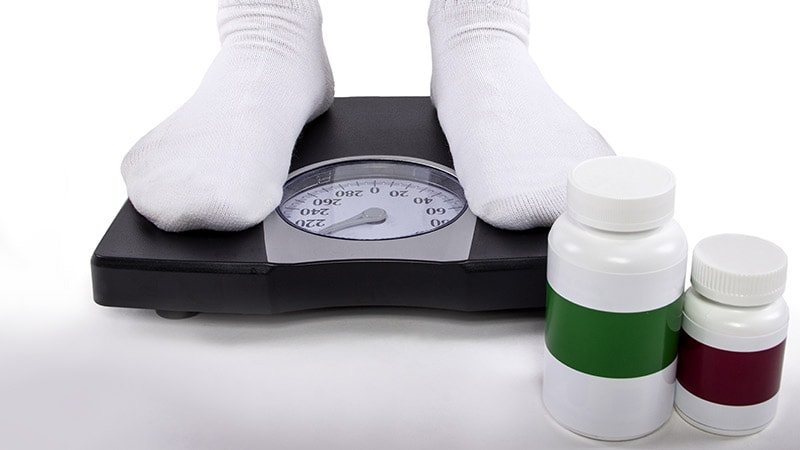 “There is currently insufficient evidence to recommend any of the supplements we include in our reviews for weight loss,” stressed lead author Erica Bessell, a PhD candidate from the University of Sydney in Australia.

He added that some products with promising results justify further research into well-conducted randomized controlled trials (RCTs) to determine their efficacy and safety.

But overall, he would like to see a reduction in the number of products on the market without evidence to support their effectiveness, “since, as we have found, many of the products currently marketed for weight loss simply do not work.”

“Dietary and herbal supplements may seem like a quick fix to weight problems, but people need to be aware of how little we really know about them,” he said. Medscape Medical News in an interview. “We would recommend that people trying to lose weight save their money and seek evidence-based care,” he emphasized.

The research was presented as two posters at this year’s European Congress on Obesity (ECO).

The dietary and herbal supplement industry is booming

In view of this, Bessell said it is increasingly important to ensure that supplements are effective and safe: “The popularity of these products highlights the urgency of conducting larger and more rigorous studies to have a reasonable guarantee of their safety and effectiveness in weight loss “.

Commenting on the study and the broader issues related to the increased uptake of herbal and dietary supplements, Dr. Susan Arentz said the evidence is similar to that of other complex interventions that people try to lose weight, including, for example, exercise. which is heterogeneous and of low quality.

“An exceptional limitation for herbal medicine was the failure of researchers to validate the content of the interventions. Given the chemical variability of plants grown and harvested under different conditions, and the presence of pharmaceuticals and heavy metals found in some supplements … future research will require standardized herbal supplements and RCTs of higher methodological quality, ”remarked Arentz, board member of the Australasian Association of Integrative Medicine and researcher at Western Sydney University , Australia.

“In addition, other RCTs are guaranteed due to consumer preferences for natural treatments, especially in healthcare settings with a predominant use of traditional medicines and practices,” Arentz said.

A review for herbal supplements, one for organic compounds

Many of the included essays had been published over the past decade and had not previously been included in an updated systematic review.

Bessell added that many studies often had a small sample size or were poorly designed, with insufficient information on the composition of supplements, and often presented little data on long-term efficacy.

Both reviews looked primarily at efficacy, not safety, because many of the studies did not report adverse effects.

The first review, published last year a Diabetes, obesity and metabolism, examined 54 placebo-controlled randomized trials as of August 2018 on the effect of herbal supplements on weight loss. Participants included 4331 individuals 16 years of age or older who were overweight or obese. To be clinically significant, a weight loss of at least 2.5 kg was required over a period of, more often, 12 weeks or less.

The second review looked at 67 randomized trials as of December 2019 that compared the effect of dietary supplements containing naturally occurring isolated organic compounds with placebo for weight loss in 5,194 individuals 16 years of age or older who were overweight. or obesity.

Meta-analyzes of chitosan, glucomannan, conjugated linoleic acid, and fructans were performed comparing the mean weight difference after intervention between participants who received the dietary supplement or placebo.

The first review on herbal supplements only found this Phaseolus vulgaris (white bean) caused significant weight loss compared to placebo, with an average weight difference of 1.61 kg (3.5 pounds). The result was not clinically significant.

For isolated organic compounds, significant weight differences were observed compared to placebo for chitosan, with a mean difference of 1.84 kg (4 lbs), glucomannan at 1.27 kg (2.8 lbs), and conjugated linoleic acid at 1.08 kg (2.4 lbs).

Again, none of these results met the criteria of clinical significance (2.5 kg weight loss [5.5 lb] or more).

In addition, some combined preparations containing African mango, velvet grapes, East Indian thistle and mangosteen showed promising results with an average weight difference of 1.85 kg (4 lbs), but were investigated. in three or fewer trials, often with a deficient research methodology. or the reports, and the findings should be interpreted with caution, the researchers noted.

Other dietary supplements, including modified cellulose (a vegetable fiber that expands in the stomach to cause a feeling of fullness) and blood orange juice extract, also showed encouraging results, but only went research into a trial and need more evidence before weight loss can be recommended, Bessell added.

He noted that some supplements are banned in some countries, such as ephedra (an extract of the plant). Ephedra sinica). “This supplement is already banned in many countries due to the risk of serious adverse effects. The possibility of drug interactions may also be present with some other supplements, so health professionals and consumers should be aware of this. conscious “.

The review of isolated organic compound supplements will be published in International Journal of Obesity coinciding with the ECO 2021 conference.

Bessell has not declared any relevant conflict of interest. Arentz reviewed the systematic review of RCTs of phytotherapy supplements for weight loss published in Diabetes, Obesity and Metabolism.