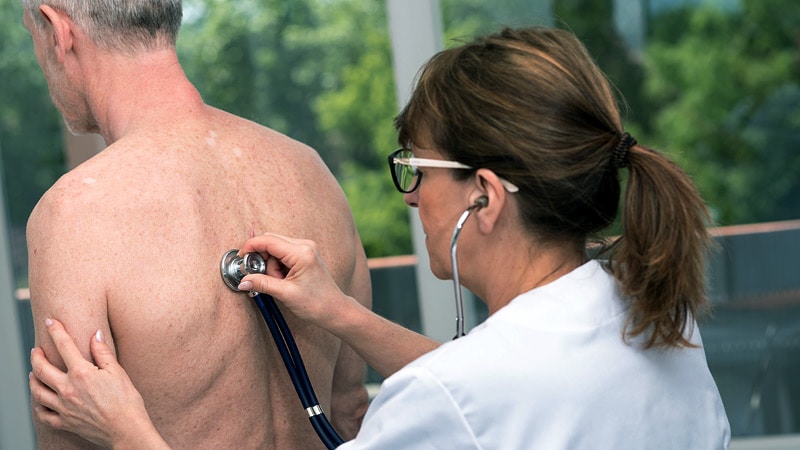 As the number of elderly patients with cancer continues to rise and geriatrics remain scarce, primary care providers and community oncologists need to incorporate formal geriatric assessment into routine practice, a geriatric oncologist said during a presentation at the American College of Physicians Medical Meeting.

A ASCO 2020 survey, that the speaker, Grant R. Williams, MD, co-author, found that 9 out of 10 oncologists in the community evaluated at least some older patients than younger patients. But only 1 in 3 did so formally, Williams, director of the University of Alabama’s Cancer and Aging Program at Birmingham, said during the presentation at a virtual meeting.

“All of these other factors below the surface are very important in developing a personalized, individualized cancer treatment plan for older adults,” Williams said.

He went on to explain that elderly cancer patients can be classified into three broad categories: fit, vulnerable and fragile. Fit and fragile patients are relatively easy to identify, but most elderly patients fall into the vulnerable category, Williams noted.

“It’s really harder to identify those individuals across the spectrum than those at the extremes,” Williams said, noting that formal geriatric assessment can detect problems that are not routinely encountered.

Geriatric assessment can be used to model risk and make life expectancy calculations. It can also be used as an intervention tool, guiding the selection of cancer treatment, he said. In addition, it can open doors to general health interventions, such as occupational therapy, to reduce the risk of falls.

Formal geriatric assessment may be particularly helpful for primary care providers considering referring to an oncologist, he said.

“I think a geriatric evaluation is being done [prior to referral] it would be a great idea. And this is twofold: even before you send them to the oncologist, it gives you an idea of ​​how they can tolerate the treatment and frankly can give you an idea that they don’t need any referral to the oncologist if they are particularly individuals. fragile, ”Williams noted.

“[These assessments] it can be easily completed before clinical visits or in the waiting room, “Williams noted.” Additional objective tests, such as Timed Up and Go and Mental Status Exam, may be completed if deemed necessary based on these initial assessments. “

Martine Extermann, MD, PhD, provided his suggestions in an interview on what doctors can do to get better outcomes for this group of patients.

“The secret to the success of cancer treatment in an elderly person is to be proactive with supportive care,” said Extermann, leader of the senior adult cancer program at the H. Lee Moffitt Cancer Center & Research Institute, Tampa, Florida. “To plan ahead, identify support gaps, identify potential problems and prevent them thoroughly. The initial work of a good patient assessment will save you a lot of trouble,” he added.

Extermann also mentioned the challenges of providing care to geriatric patients with cancer, including the lack of financial incentives for doctors to specialize in geriatrics.

Oncologists who do not perform geriatric assessments are probably missing more than they think, Extermann said in an interview.

“Many oncologists don’t fully realize the importance [geriatric assessment] still, “Extermann said.” They think that training in internal medicine will be carried out and they will be able to identify everything; in fact, we know full well that we are missing half of what is clinically found by geriatric evaluation. “

Gerontology remains a practical gap, Extermann said, not just within oncology, but between specialties.

This story originally appeared on MDedge.com., which is part of the Medscape professional network.