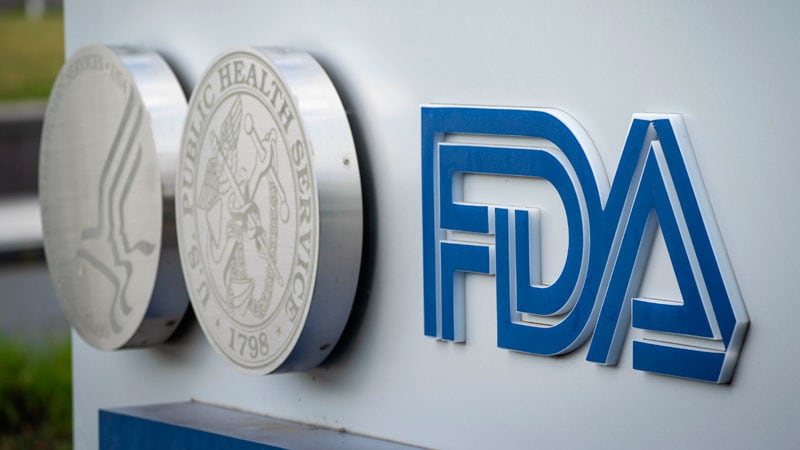 On the first day of a historic three-day meeting on cancer indications that were granted accelerated approval by the Food and Drug Administration (FDA), the first to be discussed remains at the its place, at least for now.

Members of the FDA’s Oncology Drug Advisory Committee (ODAC) voted 7-2 in favor of maintaining the indication of atezolizumab (Tecentriq) for use in a particular form of Lung cancer, and at the same time urging the manufacturer, Genentech, to do the necessary research to show that the drug works for these patients.

The specific indication is for the use of atezolizumab as part of a combination with nab-paclitaxel for patients with locally advanced triple negative breast cancer (mTNBC) or non-resectable metastatic whose tumors are PD-L1 + .

The FDA granted conditional approval known as accelerated approval in 2019 for this use of azolizumab, expecting Genentech to produce more extensive evidence of this benefit. But so far, Genentech has not produced data to show the FDA that atezolizumab provides the expected benefit.

The drug was already available for use bladder cancer, having been awarded a full approval of this indication in 2016.

This week’s three-day ODAC meeting is part of the FDA broader reconsideration of what he has described as “hanging accelerated approvals.”

An earlier discussion between the FDA and drug manufacturers has already triggered four voluntary withdrawals of cancer indications with these accelerated approvals, noted Julia A. Beaver, MD, and Richard Pazdur, MD, two of the FDA’s top regulators in oncological medicine, in a Perspective article from April 21 at the New England Journal of Medicine.

“The small percentage of drugs whose clinical benefits are not finally confirmed should not be seen as a failure in accelerated approval, but as an expected commitment to accelerating the development of drugs that benefit patients with serious illnesses or that endanger life, ”says Beaver and Pazdur. write.

But making these calls can be difficult. On the first day of the meeting, even ODAC panelists who supported Genentech’s offer to maintain an mTNBC indication of atezolizumab expressed displeasure with this choice.

The FDA granted the accelerated approval for the use of this drug in March 2019, based on improved progression-free survival of the IMpassion130 test. But the drug fell short in subsequent efforts to confirm the results seen in this study. The confirmatory The IMpassion131 test failed to meet the main endpoint, noted FDA staff in briefing documents for the ODAC meeting.

ODAC panelist Stan Lipkowitz, MD, PhD, of the National Cancer Institute (NCI), said he hoped this vote would have been tough for all members acting at ODAC that day.

“Somehow, the purist of mine said I should have voted no. But when I looked at the data, there are a couple of things that surprised me,” said Lipkowitz, who is the head of the branch. of malignant women from the NCI Center for Cancer Research. “First of all, the landscape has not changed. There really is no first-line therapy for triple-negative metastases that proves to improve survival. “

Lipkowitz stressed that Genentech should continue to try to demonstrate that atezolizumab works in this environment.

“There needs to be a confirmatory study,” Lipkowitz concluded.

ODAC panelist Matthew Ellis, MD, a doctor at Baylor College of Medicine in Houston, Texas, said he also understood the difficult prospects of women battling this cancer, but voted against maintaining approval. .

“It’s not that I don’t feel the tragedy of these women,” Ellis said, citing her own decades of clinical experience.

“I just think the data is the data,” Ellis said, adding that in his view, “the only correct interpretation” of the evidence supported a vote against allowing the indication to remain.

The FDA considers the recommendations of its advisory committees, but is not required to do so.

In a statement issued after the vote, Genentech said it intends to work with the FDA to determine the next steps for this indication of azolizumab so that “the clinically significant benefit demonstrated in the IMpassion130 study remains.”

The ODAC meeting continues for another 2 days and will consider five more indications of cancer that have been granted accelerated approval.

Kerry Dooley Young is a freelance journalist based in Washington, DC. He previously covered health policy and the federal budget for the convening of the Quarterly Congress / QC and the pharmaceutical industry and Bloomberg’s Food and Drug Administration. Follow her on Twitter @kdooleyyoung.