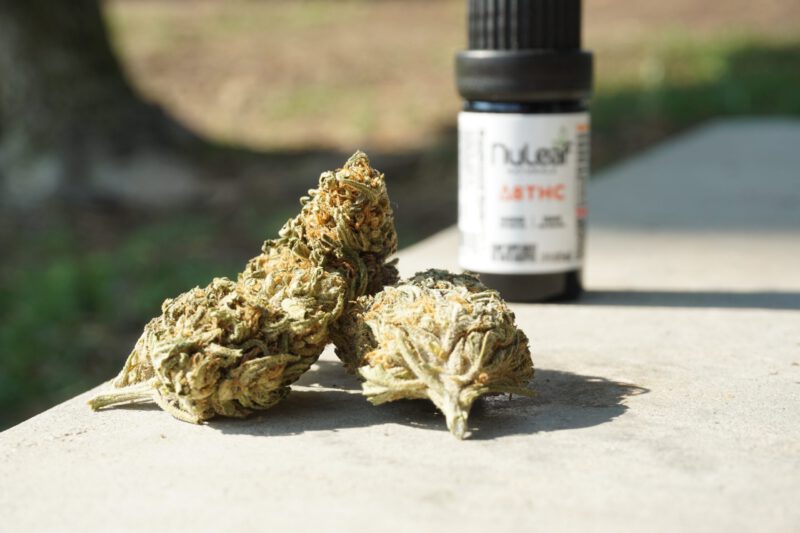 Delta-8 THCand more recently, THC-O Acetate, have become popular alternatives to traditional cannabis in the last few years, particularly in states where medical or adult-use cannabis is illegal. As the availability of these delta-9 THC analogs increases, many people are asking important questions about the nascent cannabinoids such as:

Are these chemicals natural or synthetic? Which cannabinoids are more potent and psychoactive? And most importantly, are they safe?

According to a recent study by the International Journal on Drug Policy, Google searches for delta-8 grew by more than 850% in the United States between 2020 and 2021, particularly in states where recreational cannabis is illegal. And, according to another recent study16% of regular cannabis users also use delta-8.

Delta-8 tetrahydrocannabinol, also known as delta-8 THC, is a psychoactive substance found in the Cannabis sativa plant, of which marijuana and hemp are two varieties.

Delta-8 THC is an isomer, or minor chemical variant, of delta-9 THC. It occurs only at minuscule levels in natural cannabis. High levels of delta-8 THC are produced artificially by chemically converting CBD or Delta-9 THC through a process known as isomerization.

So, the answer to whether delta-8 is natural is “kind of.” Delta-8 occurs naturally in the cannabis and hemp plant, but is considered semi-synthetic as all Delta-8 THC products are manufactured by some form of chemical conversion.

How Psychoactive is Delta-8?

Delta-8 THC is psychoactive, but weaker than delta-9 THC according to users’ reports. Like delta-9 THC, delta-8 binds to CB1 receptors in the brain’s endocannabinoid system, but to a lesser extent than delta-9. According to many users of the chemical, the same effect can be achieved, but higher doses are required.

“Delta-8-THC is less potent than delta-9-THC,” Linda Klumpers, co-founder of Verdient Science, a pharmacology consulting company that specializes in cannabis-based medicines, told the New York Times. “If you want to achieve the same effect as delta-9-THC, you need to give a higher dose of delta-8.”

Additionally, as is also the case with isolated delta-9 THC in concentrates, gummies, etc., the synergistic effect of the wide range of cannabinoids and terpenes found in full spectrum flower cannot be achieved by delta-8 alone.

How Safe is Delta-8?

Only a handful of human subjects have been tested with Delta-8 THC in scientific studies, so little is known about its long-term safety, its consumption at high dosages, or its medicinal effects.

However, delta-8 is almost chemically identical to delta-9, so some experts believe the safety of it is similar to that of other natural cannabinoids.

Recent warnings from the Centers for Disease Control and Prevention and the Food and Drug Administration say delta-8 is a potentially dangerous drug that’s resulted in thousands of accidental poisonings.

While these warnings should be taken into account, it is also important to note hospitalizations for natural cannabis have also risen significantly over the last few years due to a comparable rise high THC flower and the resulting psychoactive effects which can be overwhelming for some users.

THC-O is a new, highly potent, synthetic cannabinoid. At roughly three times as powerful as regular delta-9 THC, THC-O has been called the “psychedelic cannabinoid” or even “the spiritual cannabinoid” for its borderline hallucinatory effects.

Like delta-8, THC-O is structurally very similar to delta-9. The process to synthesize THC-O consists of converting CBD extracted from the hemp plant into delta-8 THC. Finally, acetic anhydride is added to the delta-8 THC molecules to produce THC-O acetate.

As one might expect, the overall safety of the new chemical is not known due to a lack of available studies and data.

Long-term effects on the brain and body will take years to determine, and little is known about the neurological and physiological effects of high dosages.

What is known, however, is that THC-O binds more tightly to CB1 receptors than delta-9, and can induce mild psychedelic effects. For this reason, users should start with low doses and titrate upwards from there. Users unfamiliar with THC and hallucinogens should, as is recommended with other psychedelics, have a “sitter” — a sober friend — present to help mitigate unpleasant experiences and keep the user safe.

THC-O also has a delayed effect due to the fact that it is not pre-activated by heat like most THC (the process called decarboxylation). Instead, the effects of THC-O aren’t felt until it’s been fully processed through the body—just like THC edibles. This can lead uninformed users to over-dose while waiting for the effects to be felt.

Questions surrounding the safety of THC-O are also being asked around the process required to create it.

THC-O is currently federally legal and legal in 38 states. States that limit the use of cannabinoids that were made legal under the 2018 farm bill include Alaska, Arizona, Arkansas, California, Colorado, Delaware, Idaho, Iowa, Mississippi, Montana, Nebraska, Nevada, and Utah.

However, the synthetic nature of THC-O has raised questions of whether the chemical should be federally banned under the The Synthetic Drug Abuse Prevention Act passed in 2012 by President Barack Obama.