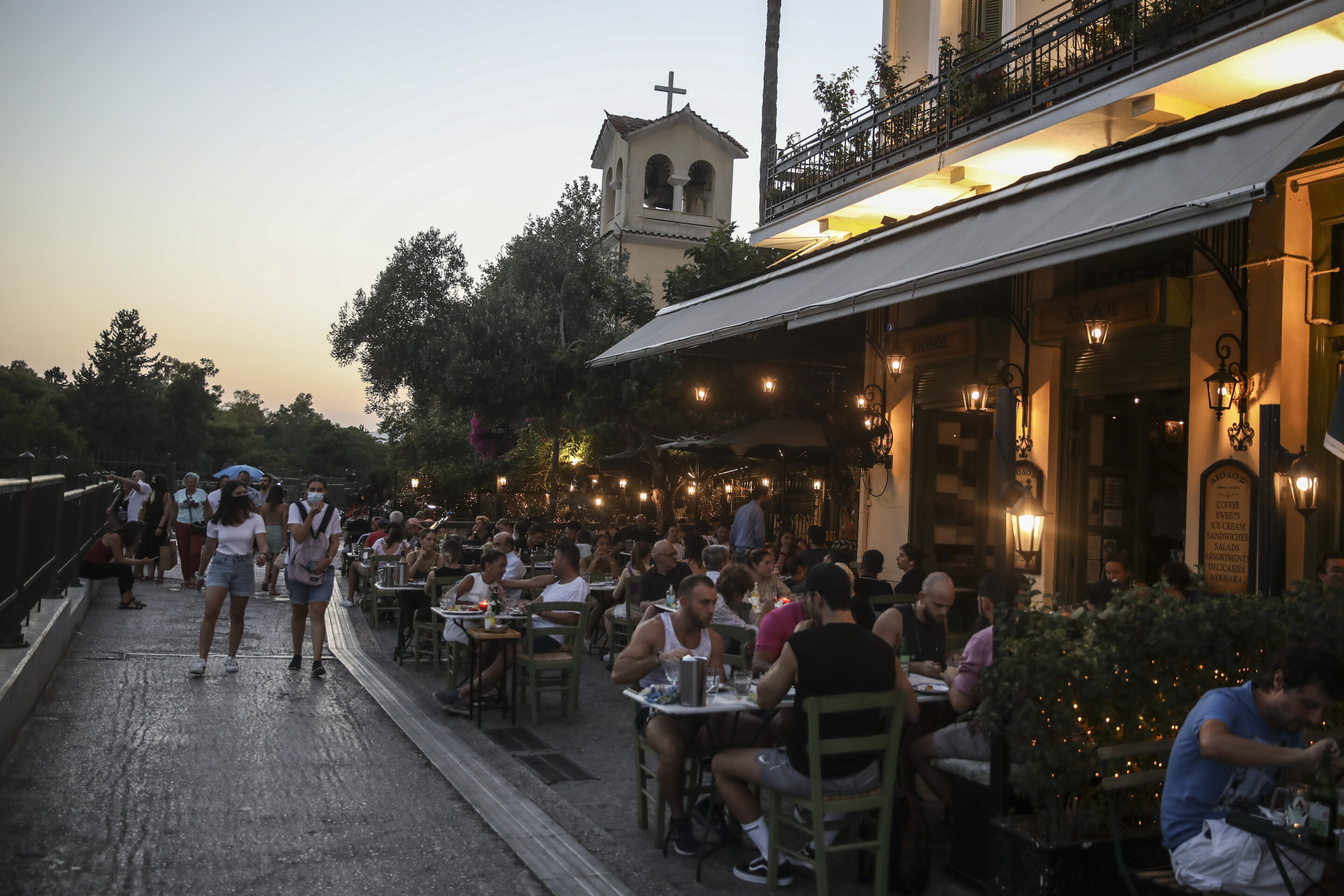 European nations are scrambling to ramp up vaccination drives, using a carrot-and-stick approach to persuade the reluctant to get their shots as the more transmissible delta variant drives a surge in infections.

Greece became the latest to enact new restrictions on Friday, requiring proof of vaccination or recent recovery from COVID-19 for access to indoor restaurants, cafes, bars and movie theaters. Children can enter with negative tests.

The measure, part of a package of government incentives, had little immediate effect as virtually all public life moves outdoors during Greece’s hot, dry summers. Sidewalk cafes and restaurants and open-air movie theaters remain accessible to all.

“At the moment it’s the middle of summer, people prefer being outside, under the trees, and people don’t want to sit indoors,” said Sprios Bairaktaris, owner of a popular Greek taverna in the tourist district of Athens that has both indoor and outdoor areas.

Nevertheless, he was still implementing the government measure, only allowing customers with COVID-19 certificates to be seated inside.

“We adhere to all the measures with total safety. Whatever the doctors or scientists advise,” he said.

Outdoor clubs and music venues in Greece will also be accessible only to the fully vaccinated or recently recovered, with capacity capped at 85% and no standing customers.

But just as the measure came into effect in Greece, the Russian capital repealed a similar one introduced last month.

Moscow Mayor Sergei Sobyanin announced the requirement for restaurants to only admit customers with proof of vaccination or a negative test ends Monday as the pace of contagion has slowed. The restrictions had badly hurt restaurant owners, already reeling from the pandemic’s impact, forcing many to close.

Some European countries have also introduced mandatory vaccinations for certain professions. Italy made vaccinations obligatory in April for health care workers and pharmacists. France and Greece announced mandatory vaccines this week for health care workers and care home staff, with France extending the requirement to those caring for an elderly or sick person at home.

France also announced mandatory COVID-19 passes for access to restaurants, bars, shopping malls and many tourist spots, as well as trains and planes, as of July 21. The passes are available to anyone fully vaccinated, recently recovered or who has a recent negative test.

The regulations have sparked protests, with thousands protesting Wednesday in Greek and French cities. More demonstrations are planned Saturday in France.

But the incentives appear to work for some people.

Some business owners are uncomfortable with having to enforce the rules.

“It’s a shame that we got to the point where we have to create these incentives for people to get vaccinated,” said Clément Léon, owner of Le Picoti bar in Paris. “On the other hand, forcing bar owners to play the part of border police officers asking for their clients’ papers is also an issue. From a legal standpoint, it bothers me.”

Greece has seen a surge in new infections driven by the delta variant, although the rate of new hospitalizations has been slower. Vaccines have been available to anyone 18 or over for several weeks and became available this week to those over 15. Incentives to get vaccinated have included 150 euros ($180) credit to spend on entertainment and travel for anyone under 26 who gets a shot.

Cyprus has also seen an alarming increase in infections, prompting the government on Friday to announce new regulations,. They include proof of COVID-19 status for access to public transport, banks, state services, businesses and to visit care homes. Dance clubs will only be open to the vaccinated and recently recovered.

Britain is also making vaccinations mandatory this fall for nursing home workers and the government has been considering extending that to National Health Service employees. Parliament approved the measure despite strong opposition from some lawmakers and warnings from nursing homes that it could worsen staff shortages.

England plans to lift its remaining coronavirus restrictions on Monday. The Conservative government says it expects bars and nightclubs to check customers’ COVID-19 status, but it won’t be a legal requirement. Many businesses say they just won’t do it.

“Very, very few venues are going to do this,” he said, noting that fake vaccine passports were already available online for eager partygoers.