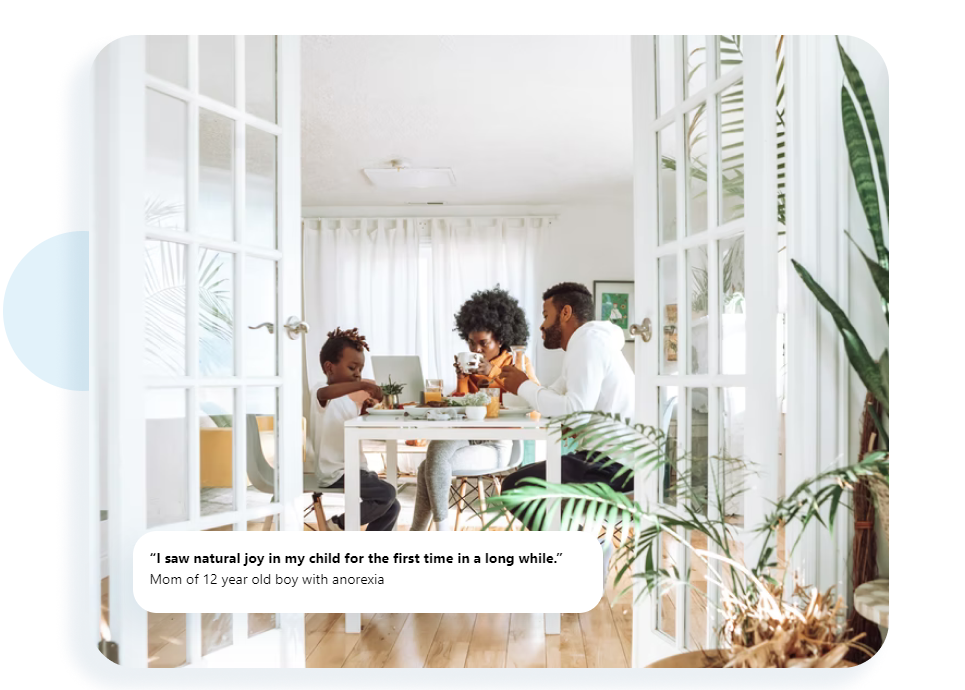 What You Should Know:

Equipmenta provider of virtual, evidence-based eating disorder treatment in the US, today announced a $ 58M Series B funding round, bringing the company’s total funding to $ 75M.

The Series B round was led by The Chernin Group (TCG), an early investor in Headspace and was joined by Tiger Global and General Catalystas well as existing investors F-Prime Capital, Optum Venturesand .406 Ventures. Katie Couric Media invested alongside American soccer champion Alex Morgan – with Couric joining as an advisor – to share their varied lived experiences and shift the cultural narrative around body image, mental health, and eating disorders.

Nearly 30 million Americans across all races, genders, body sizes, and sexual orientations will have an eating disorder in their lifetime. The COVID-19 pandemic has only served to exacerbate the issue – throughout the past year, eating disorders surged 70% and hospital admissions have doubled. Despite their prevalence, only 20% of those struggling receive treatmentand even less have access to evidence-based treatment.

In 2019, Kristina Saffran and Dr. Erin Parks founded Equip, with a dream of making sure that everyone had access to evidence-based treatment for eating disorders. But 2019 was hardly the beginning of their dream. Both founders were diagnosed with eating disorders as children and were fortunate to have parents who brought them to recovery using the techniques of Family-Based Treatment (FBT), which recognizes eating disorders as brain disorders that require comprehensive support to fully heal – and is built by a powerful combination of clinical and lived experience. Built on the Family-Based Treatment (FBT) model, Equip uses a five-person dedicated care team – including a therapist, dietitian, physician, and peer & family mentor – to support patients in their recovery journey. The company operates in most states and is partnered with nearly every major health insurance plan.

“Treatment for eating disorders is grossly inequitable,” said Kristina Saffran, CEO and co-founder of Equip. “Eating disorders are the second deadliest mental illness, affecting one in 10 Americans – yet the stigma attached to the disease prevents tens of millions of people from getting help. Equip’s mission is to ensure that every single person has access to treatment that works. That starts with shifting the conversation around what eating disorders are and who they impact. ”

Since launching in 2020, the company has expanded to 40+ states and is in-network with 10 major commercial health insurance plans, as well as Partnership HealthPlan, offering Medicaid coverage to underserved communities. In 2021, demand from patients and families for Equip’s care grew 10x. Equip’s clinical outcomes show that, after eight weeks of treatment, 71% of patients report a reduction in eating disorder symptoms and two-thirds report improvements in mood. At that time, 96% of parents reported feeling more confident in caring for their child with an eating disorder.

This investment round will allow Equip to scale its treatment services, expand treatment to all 50 states, broaden insurance coverage – including Medicaid payers – and launch new care offerings in 2022.