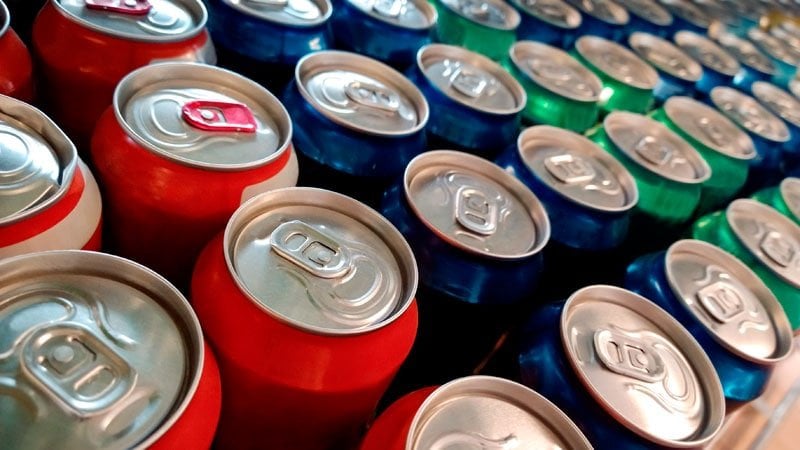 High consumption of sugar-sweetened beverages (SSB) in adolescence and adulthood could partially explain the recent rapid rise in early onset colon cancer (EO-CRC): at least in women, according to the authors of a new analysis.

The study found that women who remembered drinking two or more SSBs a day in adolescence had a twice-increased risk of colorectal cancer before age 50, compared with those who only had one of those drinks a week. or less.

However, experts warn that the findings are based on small numbers and show no causal effect.

“Despite these limitations, this sign continues to appear again and again,” notes Marcus DaSilva Goncalves, MD, PhD, at the Meyer Cancer Center, Department of Medicine, Weill Cornell Medicine, New York City, who was referred for comments.

“There is strong evidence in mice and in supporting epidemiological studies that support the link between fructose-containing sugars and obesity, diabetes and certain cancers like the CRC, ”he said.

The subject is certainly of great interest. CRC has been considered a disease of the elderly, but it has been a dramatic increase in recent years, in the incidence of CRC in younger adults, the United States and others high-income countries.

Details of the conclusions

This analysis prospectively investigated the association of SSB intake among 95,464 registered female nurses aged 25 to 42 years at enrollment and followed them for the development of EO-CRC, defined as onset before age 50 years.

A subset of 41,272 participants were also asked about SSB intake when they were 13 to 15 years old.

Information was also collected on possible CRC risk factors, including a family history of bowel cancer, lifestyle, and regular use. aspirin or nonsteroidal anti-inflammatory drugs and vitamin supplements, i colonoscopy/ sigmoidoscopy.

Participants were also asked about their adolescent health, including weight and lifestyle.

Over a maximum follow-up of 24 years (mean, approximately 14 years), the study documented 109 cases of EO-CRC incident and suggested a 2.2-fold greater risk (RR, 2.18; Pg trend = 0.02) among women who reported drinking two or more SSBs a day, compared with those who reported drinking less than 12 ounces SSB a week.

Each additional portion of SSB was associated with an additional risk: 16% in young adults and 32% in adolescents.

The researchers also investigated the impact of replacing SSBs with artificially sweetened beverages (ASBs), as well as coffee, low-fat milk, or whole milk, and found a 17% -36% lower risk of EO- CRC.

“Although the size of our sample was limited and this finding requires additional validation, it is important to note that 30% of U.S. children and adolescents consume> 1.5 servings of SSB daily,” he commented in a communiqué. “Reducing SSB intake and / or replacing SSB with other healthier beverages among adolescents and young adults may serve as a potential strategy to act to alleviate the growing burden of EO-CRC.”

However, experts reacted to this study on the Science Media Center in the UK they were less convinced by the investigation. “In general, these findings should be considered preliminary and exploratory until larger studies are done in other populations,” said Carmen Piernas, MSC, Ph.D., professor of university research and nutrition science at the Department of Natural Sciences. Nuffield Primary Care Health, University of Oxford, England. .

Legs said a major limitation of the analysis is lack of power. “This finding is based on only 16 cases of colorectal cancer in 138,469 person-years of the group taking two or more sugary drinks. The absolute risk is very low. A related analysis reports increased risk with each drink consumption. additional sugar per day is only significant as a limit, ”he noted.

However, he noted that “there is already strong evidence that the consumption of sugary drinks increases the risk of weight gain and diabetes. Everyone should aim to minimize their consumption; this analysis does not change this advice.”

“We just can’t be sure if the observed association between sugary drinks and bowel cancer under the age of 50 is cause and effect,” added Kevin McConway, PhD, Professor Emeritus of Applied Statistics at Milton Open University Keynes, England. “There were a lot of differences between women who drank few sugary drinks and women who drank a lot … Maybe the researchers didn’t adapt to some important factor.”

And while the authors “made good attempts” to adapt to the confusing, “many of the confusing are lifestyle factors, such as red meat consumption, that are difficult to measure accurately,” Adam said. Jacobs, PhD, director of biostatistics at Premier Research. “Any inaccuracy in the measurement of confounding variables could easily skew the results, especially when the associations are so marginal in the first place.”

Despite the limitations of this particular study, Goncalves noted that other epidemiological studies have also seen this signal and that there is strong evidence in mice.

“We have found that ingesting moderate amounts of fructose in the diet promotes the growth of bowel cancer even in the absence of obesity in mouse tumor models,” he said. Medscape Medical News. He explained that this process required ketohexokinase, an enzyme that converts fructose to fructose-1-phosphate, which alters the metabolism of tumor cells and leads to improved cell growth. (Science. 2019; 363: 1345-9.)

“In addition, we have new data under review at Nature this will further support these conclusions, ”DaSilva Goncalves said.

This new analysis of NHSII data “provides important information to the medical literature,” he commented.

“There are several large, prospective cohort studies that have linked fructose consumption to CRC risk and specific CRC mortality,” he commented. “While it is true that the relationship between fructose and CRC has not been observed uniformly in nutritional epidemiology studies and the importance is typically small, there are intrinsic challenges that limit the rigor of these approaches. host and molecular heterogeneity of the tumor are thought to influence the presentation of fructose in the colon and uptake by the tumor, but these factors have not been evaluated in epidemiological studies, which may confuse the interpretation of the results. Similarly, the questionnaires used to monitor sugar intake do not have the accuracy and breadth needed to estimate intake over the years and decades during which patients develop or die of cancer. “

The study was funded by the National Institutes of Health. Cao has not disclosed any relevant financial relationship. You can find disclosures for the other authors of the study in the document. DaSilva Goncalves is a co-founder of Faeth Therapeutics, whose mission is to combine anticancer therapies with nutritional strategies; however, the company is not directly focused on fructose metabolism. Piernas has not revealed any relevant financial relationship. McConway did not report any conflicts, but is an adviser to the SMC. Jacobs did not report any conflict, but noted that he wrote one blog entry on sugar tax A few years ago.