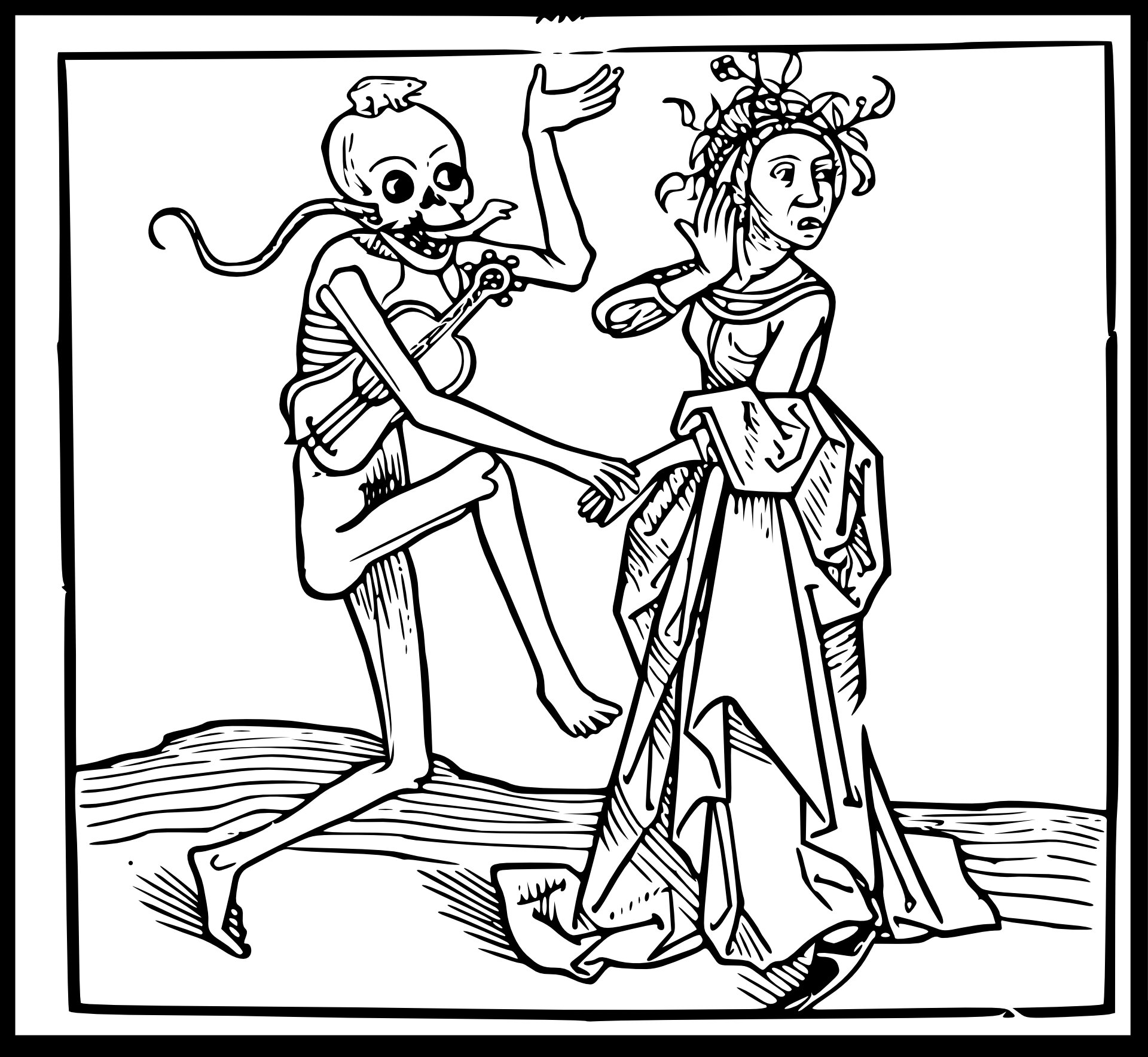 The graves containing the remains of two men (aged 30 to 45) are the first evidence of infection with Yersinia pestis, the bacterium responsible for the plague, in southern Italy in the fourteenth century, according to new research presented at the European Congress of Clinical Microbiology. I Infectious Diseases (ECCMID).

“The recovery of the ancient plague DNA from the teeth of two adults buried in the abbey of San Leonardo in Siponto is a discovery of national importance, as it is the first related to the second plague pandemic (Black Death ) in southern Italy, “says Dr. Donato Raele of the Istituto Zooprofilattico Sperimentale in Puglia and Basilicata, in Foggia, led the research.

“We were very suspicious when we unearthed 14th-century coins from one victim’s clothes and more hidden in a bag tied around the other’s waist, suggesting that bodies were not inspected to confirm the cause. of death. “

In the middle of the 14th century, Europe was devastated by the Black Death, a major plague pandemic that wiped out 60% of the population. The plague reached the coasts of Sicily in 1347 and ravaged large cities and towns in northern and central Italy. By the time the first wave of black death ended in the winter of 1348, more than a third of Italy’s population had died. Although in several historical documents no burial sites have been subjected to DNA analysis in southern Italy.

The abbey of San Leonardo in Siponto (Apulia, southern Italy) was an important religious and medical center during the Middle Ages where merchants and travelers stopped to rest and recover. It was a crossroads for pilgrims heading along the Via Francigena to the sanctuary of Monte Sant’Angelo and for traders passing through the port of Manfredonia.

The two individual graves were discovered during an excavation of a section of the abbey cemetery which was used to be buried in the late 13th to early 14th century.

The first victim was a man (30-35 years old). He wore a belt with a rectangular iron buckle with a shaft, which was found flattened on the right femur. Most likely, a small bag containing 12 denarii (Roman silver coins) found still stacked under the leg was probably tied to this belt.

The second victim was an adult male (45 years old). He was buried fully clothed and had some personal items on him, including iron and bronze rings, one with holes and the end of a lace; and numerous grains of dark vitreous material in the left hand that could be a rosary.

The man kept 99 Alloy Tournois coins from Frankish Greece (last decades of the 13th century — the first quarter of the 14th century) and a silver Gigliato issued in the name of Robert of Anjou (1309-1343), found in stacks. , probably inside. bags hidden in various parts of his clothes.

Given that the date of the burial and the coins fit the arrival of the second pandemic in Europe, experts suspected that the adults may have died during the Black Death or other infectious diseases which were common at the time, such as malaria, tuberculosis or epidemic typhus, and Malta fever (brucellosis).

Four teeth of the adults in the graves tested positive for Y. pestis and were very similar to the plague victims previously investigated from other parts of Italy and had identical strains of Y. pestis.

“The abbey of San Leonardo was a key point along a system of paths that formed part of the Via Francigena, an important medieval pilgrimage route to Rome from the north, and was an ideal place from where it could spread the plague, ”says Raele.

“We have not yet fully figured out the extent of pandemic waves during the Black Death in southern Italy. In fact, the DNA of Y. pestis is about 300 years older than the previous one related to a common grave dating of at the end of 1600 and reported by our researchers in Foggia.Consequently, our results contain precious details to better understand the magnitude of plague throughout Italy “.