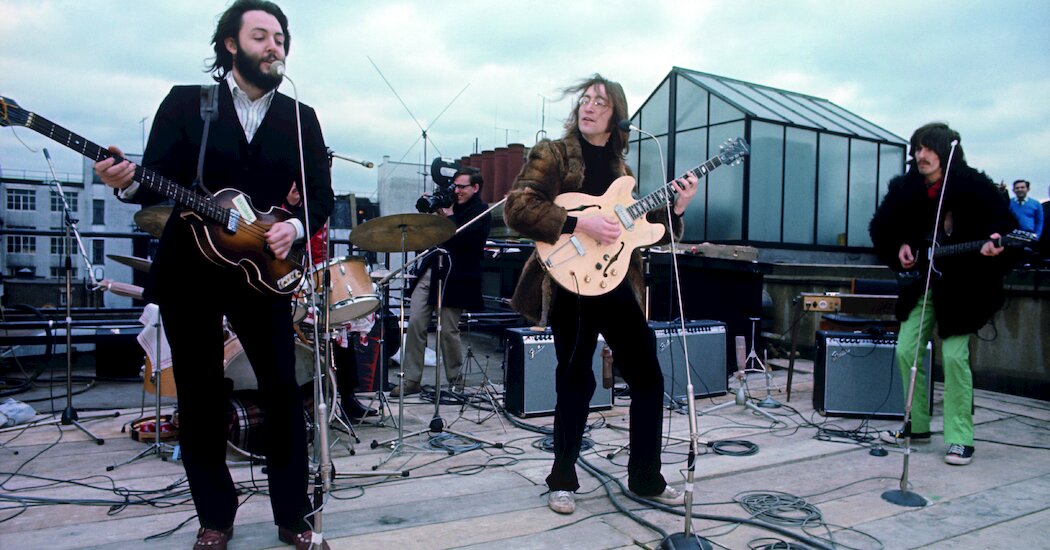 It’s a cold January morning in 1969, and three of the four Beatles are gathered in a cavernous film studio in London, with cameras rolling and microphones everywhere. “Lennon is back late,” Paul McCartney says realistically, as he connects his bass.

With Ringo Starr and George Harrison sitting dazed in front of him, a tray of toast and jam next to him, McCartney begins to play and sing, seeking inspiration. Within minutes, a mid-rhythm groove takes shape and a familiar vocal melody emerges. “Come back,” he sings with a slight howl. “Go back to where you belonged.” Almost as if by magic, a Beatles classic is starting to form out of nowhere.

Later that same day, after John Lennon arrives, the four rock deities gather in a circle and fight. They have loose plans for a concert TV special with new songs, but most men seem to fear it, and they can also be afraid of each other. Lennon, who seems to stop much of the meeting, vaguely states that “communicating” with an audience is his only goal, while an impatient McCartney challenges his bandmates to show some enthusiasm for the project or abandon it. lo.

Harrison says what everyone might be thinking, “Maybe we should divorce?”

Those scenes attached to the Peter Jackson documentary series “The Beatles: Back”, A project of more than seven hours that will be shown in three parts at Disney Plus from November 25 to 27, encapsulates the two sides of the most contested period of the Beatles …

Ways to be sustainable in your kitchen – Health Guild News

A great way to pass the time – Health Guild News