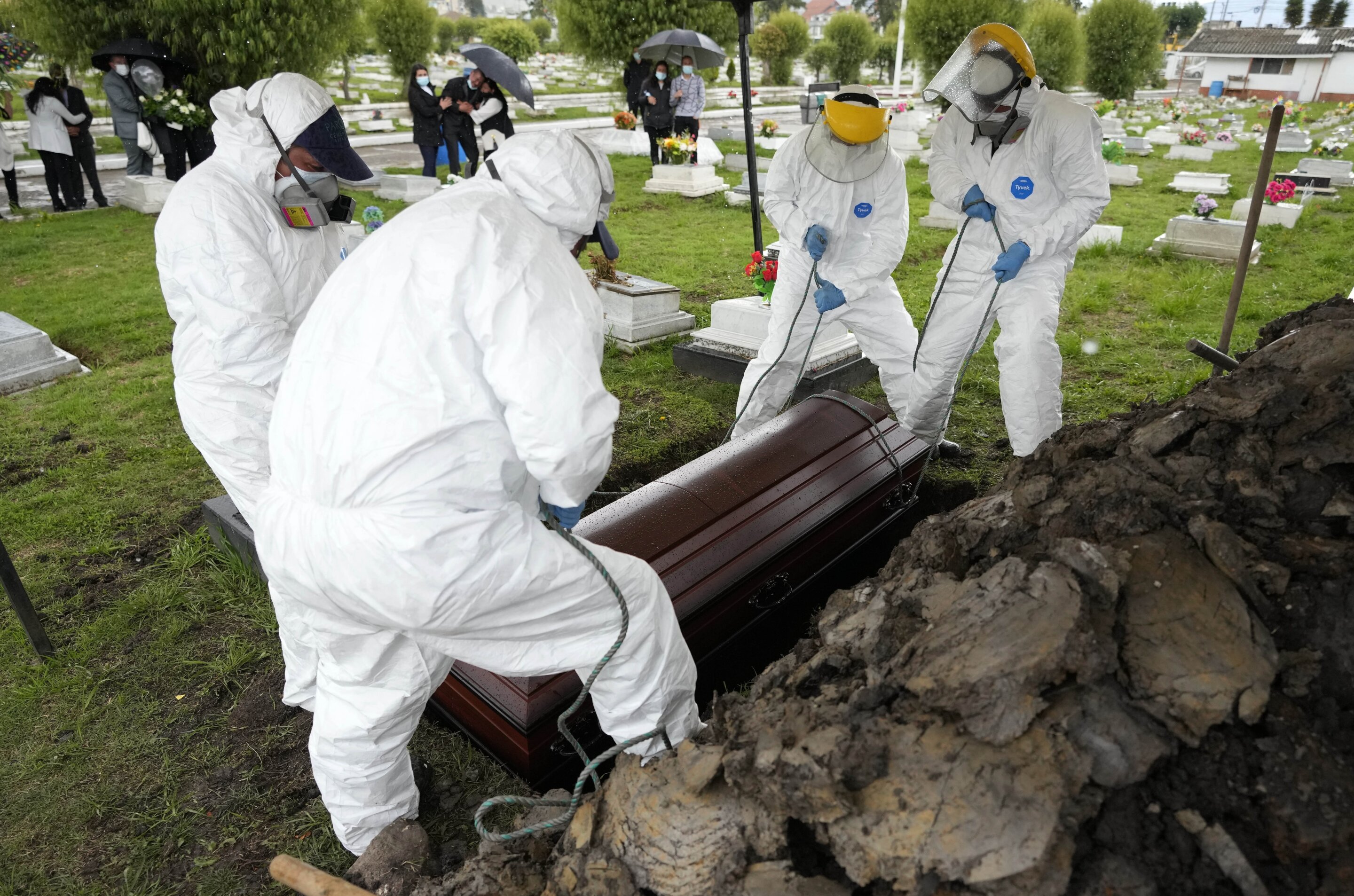 Colombia reached the 100,000 deaths confirmed by COVID-19 this week, becoming only the tenth country in the world to reach the dark milestone.

The 50 million South American nation has seen an increasing number of daily cases since April and in the last seven days had the third highest per capita mortality rate in the world for COVID-19, according to data released by the Oxford University.

On Monday night, President Iván Duque blamed the anti-government protests that began in late April for many of the deadly casualties, saying “more than 10,000 deaths could have been avoided” if Colombians had not held large rallies during the last seven weeks.

But Colombian epidemiologists said it was too early to know what impact the protests had on the current increase in deaths from COVID-19.

“The protests definitely played a role” in the coronavirus infection, said Diego Rosselli, a professor of epidemiology at the Javeriana University of Bogota. “But right now putting any number of deaths they caused is mere speculation.”

Rosselli said more contagious variants of the virus could have contributed to the strong acceleration of the virus death , as has happened in nearby countries such as Argentina and Brazil.

Fatigue with health measures, such as the use of face masks, crowded housing and fewer meeting restrictions have also fueled the contagion in Colombia and elsewhere in South America. The region accounts for only 5% of the world’s population, but accounts for nearly a quarter of all deaths from COVID-19.

In Colombia, the increase in cases comes as the government lifts some of the latest restrictions it had set to control the spread of the coronavirus and allows nightclubs, bars and cinemas to open for the first time in more than a year.

Cities such as Medellín and Bogotá are also preparing to hold fairs and music events which will be attended by thousands of people, while 10,000 people recently attended a football match in the coastal city of Barranquilla.

Municipal governments say they have no choice but to allow these events to reclaim jobs and help the economy get back on its feet.

Colombia’s unemployment rate doubled last year as the government implemented several blockades to curb the contagion and the country’s GDP fell by 7%.

Vaccination accelerated in June with up to 350,000 doses administered in one day, but only 10% of the Colombian population is fully vaccinated.

Doctors fear that recent decisions to allow more meetings will increase the number of seriously ill patients arriving at hospitals, who are already struggling to cope. In Bogotá, Cali and Medellín, more than 95% of hospital intensive care beds are already occupied.

Paola Cabra, an emergency physician at the Samaritan University Hospital in Bogota, he said it would be best to go back to blockages to lessen infections.

“But in a country like Colombia this can’t be done,” Cabra said. “Most people here work independently to make a living and can’t afford to stay home doing nothing.”

The hospital’s 19 intensive care units for patients with COVID-19 have been in full swing for weeks, forcing staff to add respirators and other equipment to emergency beds.

“I’d like to be wrong,” Cabra said. “But it looks like the situation will get worse in the coming weeks.”

Colombia is once again blocking as coronavirus cases increase