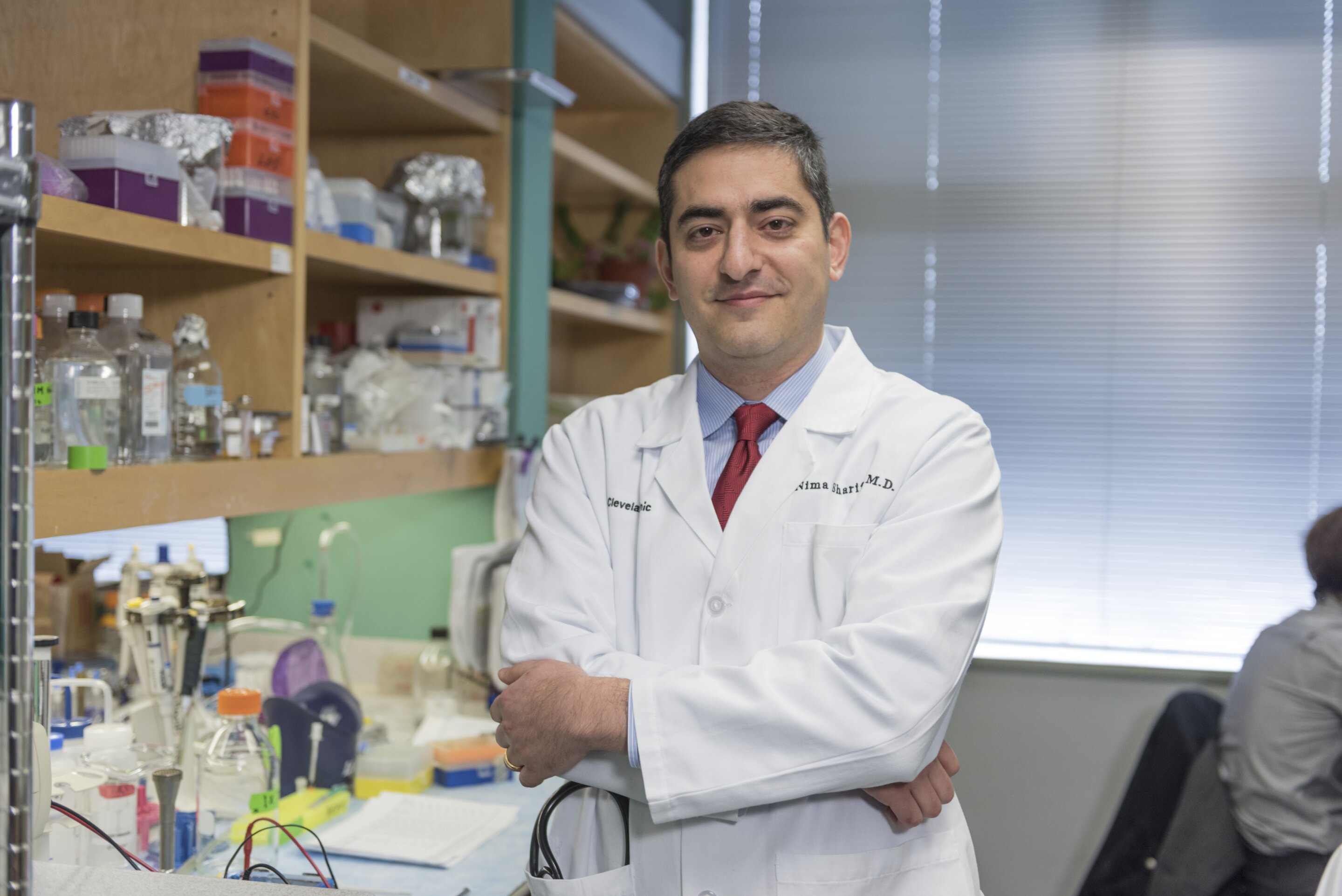 According to new findings published in Scientific translational medicineResearchers at the Cleveland Clinic have identified a promising drug target to treat and prevent aggressive and drug-resistant prostate cancer.

The team, led by Nima Sharifi, MD, of the Lerner Research Institute at Cleveland Clinic, showed that inhibiting the protein H6PD resulted in a significant reduction in tumor size and improved survival among mouse models with drug-resistant prostate cancer. H6PD levels were also elevated in tumors of biopsied patients, suggesting that the protein could be targeted to patients for treatment.

Enzalutamide, a current hormone therapy for metastatic prostate cancer, works by blocking androgen receptors, which are proteins that help drive cancer cells. Although they are initially effective, most patients end up developing resistance to treatment. This resistance occurs when androgen receptors are blocked and cancer cells adapt to get their “fuel” from a similar receptor, called a glucocorticoid receptor.

These glucocorticoid receptors bind to and interact with the stress hormone cortisol. In a previous study published in eLife, Dr. Sharifi and his team linked enzalutamide resistance to increased tumor cortisol levels. They found that tumors normally express a protein called 11β-HSD2, which inactivates cortisol. However, when this protein expression is inhibited in some tumors, cortisol and glucocorticoid receptor they are stimulated and are available for use by cancer cells.

“Taken together, the results of our study suggest that pharmacologically inhibiting the H6PD protein may reverse drug resistance in prostate cancer cells,” Dr. Sharifi said. “By blocking this protein, we can prevent cancer cells from using the secondary fuel supply: cortisol and its receptor. When we block this pathway, tumors respond again to standard treatments.”

In this new study, the researchers showed that in addition to decreased 11β-HSD2 expression, resistant tumors have also increased H6PD levels.

“With lower levels of 11β-HSD2, which normally work to cut off fuel supply to drug-resistant cancer cells, cells can continue to grow and spread uncontrollably,” Dr. Sharifi said. . “By inhibiting the H6PD protein, however, we were able to restore anti-cortisol effects. This finding is key to a better understanding of how disruptions in cortisol metabolism contribute to the growth and spread of cancer cells.”

The clinical collaborator of Dr. Sharifi, Eric Klein, MD, president of the Cleveland Clinic Institute of Urology and Kidney and co-author of the study, said: “We found high levels of H6PD in both animal and tissue models of patients, especially after of treating tumors with enzalutamide These findings are promising for new approaches to precision medicine in the management of men with aggressive prostate cancer. “

The researchers targeted H6PD with rucaparib, a drug already approved by the U.S. Food and Drug Administration. Dr. Sharifi collaborated with scientists at the Cleveland Clinic Center for Therapeutic Discovery to identify which parts of rucaparib are chemically needed to inhibit the protein.

The researchers administered enzalutamide to aggressive mouse models prostate cancer expressing H6PD and those in which the protein was blocked with rucaparib. Models where H6PD was blocked had significantly smaller tumors and longer progression-free survival after treatment with enzalutamide.


Citation: Researchers at the Cleveland Clinic identify a new target drug for the treatment of aggressive prostate cancer (2021, May 26) recovered on May 26, 2021 at https://medicalxpress.com/news/2021-05-cleveland -clinic-drug-aggressive-prostate.html