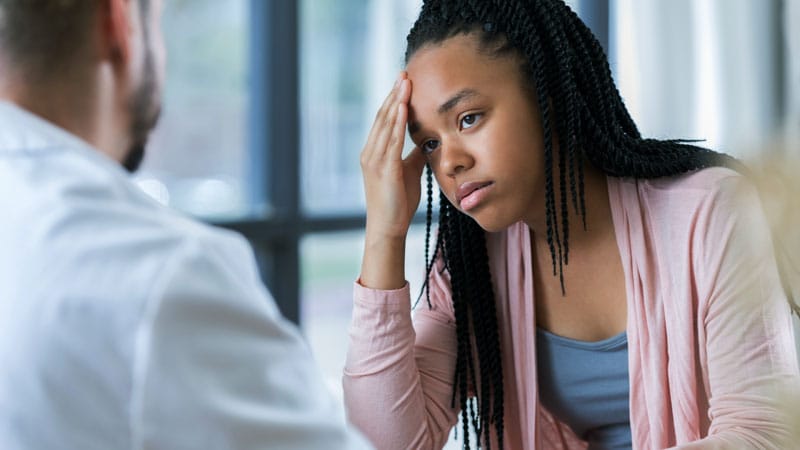 The inadequacies and challenges of the transition of pediatric rheumatology patients to adult care were highlighted in several research studies shared at the annual scientific meeting of the Research Alliance on Arthritis and Pediatric Rheumatology.

“It’s not surprising that these studies show that the challenges of the transition continue to spread,” Rebecca Sadun, MD, PhD, who was not involved in any of the research, said in an interview. However, he noted that one of the studies showed that eight of the nine sites participating in one of the studies had developed at least one formal transition policy and three were able to fully integrate this policy into their healthcare system despite the pandemic in course.

In this study, Joyce Chang, MD, of Children’s Hospital of Philadelphia and colleagues used structured interviews and then quantitative research to explore transition policy processes across nine rheumatology sites. Apart from the three who had already implemented their policies, three others were preparing for implementation. The other three withdrew due to COVID-19. None of the sites had reached the maintenance phase. Six of the sites had access to a social work network and two sites had less than four providers.

The authors found that a higher level of change effectiveness or change commitment through the organizational preparation framework for change implementation did not correspond to the arrival of implementation.

“The first sites to reach the implementation had access [information technology] the authors noted the need for strategies to reduce the burden of data collection to improve the resilience of implementation efforts against the stress of the healthcare system.

Effective transition policies can help reduce the likelihood that young patients will fall through the cracks as they grow from adolescence to adulthood, especially those most at risk of losing continuity of care.

“Young adults who are medically and socially complex are at higher risk,” said Sadun, an assistant professor of adult and pediatric rheumatology at Duke University, Durham, North Carolina. “This is especially true for patients with systemic diseases, which require biological drugs, and patients with custody, transportation, and financial barriers.”

Just over half of the patients on the long-term record had transferred their care to an adult rheumatologist, and 83% were generally under the care of any doctor. Patients who shifted their care were significantly more likely to have private insurance (87% vs. 70%; Pg = .009) and were more likely to be full-time students (74% vs. 58%; Pg = .036).

The researchers found no association between the disease status of patients on their last visit to the CARRA registry and a successful transition to adult care. However, those who had transferred care to an adult rheumatologist tended to have a higher mean pain level (4 vs. 2 on a scale of 0-10) and more disease activity (3 vs. 1 on a scale). scale 0-10) than those who had not transferred attention (Pg = .022 i Pg = 0.011, respectively). A higher proportion of people who transferred attention also experienced morning stiffness over the past week (49% vs. 30%; Pg = 0.015).

The third study aimed to better understand the experience and preferences of young adults themselves as they move from pediatric care to adulthood. Kristine Carandang, PhD, a postdoctoral fellow at the University of California, San Diego, and colleagues led first focus groups with 39 adolescents and young adults, ages 16 to 28, who had rheumatic conditions. Using qualitative data from the focus groups, they designed a survey to capture quantitative data about young patients ’experiences.

“What we always try to work on is, how to incorporate this youthful voice more clearly into the research literature?” Courtney K. Wells, PhD, MSW, said in an interview an assistant professor of social work at the University of Wisconsin – River Falls. She noted that both she and Carandang were patients with rheumatic diseases, so they had lived and grown with the disease and later became researchers.

“We have the information that’s in the literature, but then we both work with young people in two different ways, and what we feel about young people is what we’ve heard in our paper, but it’s not represented in the literature.” Wells said. This disconnect is the reason why they also included two young adults as co-authors in the study.

“No matter how much we appreciate the six – component model [of health care transition], we recognize that the youthful voice is not well represented, “Wells said.” The way it is written is more for doctors and policymakers and is aimed at the health system rather than the young people themselves. “

“For 9 out of 11 self-management and self-offensive skills examined, there was a significant difference between how adolescent and young adult patients experienced self-management learning versus how they would have preferred to learn the skills,” the researchers concluded. “In general, adolescent and young adult patients learned their parents’ transition skills more frequently. Most participants would have preferred to learn these skills from their rheumatology team.”

For example, 46.7% of respondents learned to communicate their parents ’medical history, but 48.5% would have preferred to learn it from their rheumatology team. Only a quarter (24.8%) had learned this skill from their healthcare team.

“For most of these skills, they received this information from their parents, which is worrying because their parents don’t necessarily have accurate information,” Wells said. “Their parents managed their medical care and taught them to do it the way they did.”

Just over a third of respondents said they learned from their parents how to track their symptoms so they could answer questions from rheumatologists. Only one in five respondents (20.4%) had learned this skill from their rheumatology team, but 41.2% would have preferred to hear it from their healthcare team, compared to 22.1% who preferred to learn it. that of his parents.

Almost half of the respondents reported to their parents on how to defend themselves when they were not satisfied with their care or symptoms (49.6%) and how to talk to office staff to make appointments, complete paperwork and access to health records (47.4%). Just over half (51.5%) would have preferred to know the office communication of their healthcare team. Preferences in self-defense were divided between learning by parents (36.8%) and learning by their health care team (31.6%).

An opportunity for other organizations to support the transition

The researchers noted that education did not necessarily have to come only from rheumatologists. Other health professionals, including nurses and social workers, could also help young patients develop skills.

“They said they’re also open to talking to other people, but they want their rheumatologist to lead the whole process,” Wells said. While reimbursement gaps may have posed a barrier in the past, Wells said current billing codes have removed that hurdle, allowing doctors to bill to discuss transition skills and care.

“It’s largely a matter of time,” Wells said. “Rheumatologists will first inform patients about their illness, ask how their medication works and how their health is. Then, if we have time, we will cover the parts of the transition and what it sums up is that they are only given I don’t have time “.

Respondents indicated an interest in technology that can help their education and transition, such as patient portals, telehealth, and smartphone apps.

Wells said he doesn’t see many of the health system’s pressures being lifted to allow rheumatologists more time for transitional care, but he sees organizations, such as the Arthritis Foundation or the Lupus Foundation of America, as intervening. and help.

“It’s about being creative and that’s ultimately the barrier: whose job is it to make it a reality?” she said. “This is where some other groups will have to be advocates.”

Another notable set of findings from this research was the need for young patients to access mental health and sexual / reproductive health services. Just over two-thirds of respondents preferred to discuss these issues with their rheumatology team, but only 59.1% felt comfortable initiating the conversation about mental health and only 47.4% felt comfortable addressing the topic. of reproductive / sexual health. Even more patients preferred to discuss drug and alcohol use with their healthcare team (71.5%), but they also felt more comfortable initiating this debate (72.2%).

“Someone who is trained to address these issues, especially the issue of mental health, may be better suited to play that role, and that’s also part of the transition, these other bigger life issues,” Wells said. “One of the benefits of going to an adult rheumatologist is that they are the most knowledgeable and prepared to help you with these issues.”

None of the people cited in this story had any disclosures to report.

Will COVID-19 have more cases of ADHD?