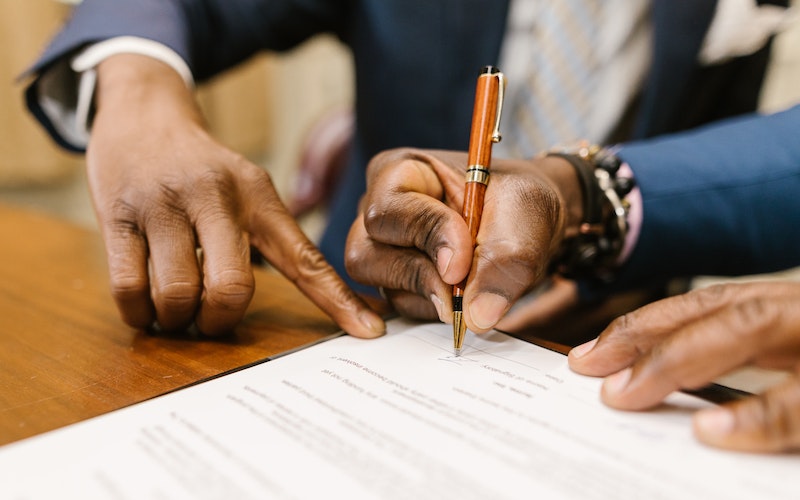 Cannabis sales are hot. In fact, according to BDSA, worldwide sales of marijuana are expected to reach just over $35 billion in 2022. That represents a 22% increase over the 2021 tally of $29 billion. By 2026, BDSA predicts that number will skyrocket to $61 billion.

With that much green at stake, the world of cannabis plays an ever-increasing role in the American economy. But who speaks for the industry, especially when it comes to the hallowed halls of Congress and every statehouse in the union?

David Carlucci, for one. Carlucci is a former New York state senator who turned his attention to lobbying on behalf of cannabis companies since leaving the legislature in January 2021. He is a registered lobbyist in several states. His license to lobby in New York will become effective in January 2023, two years after he held political office.

He also serves on the New York Cannabis Control Board, which creates enactments for all things cannabis in the Empire State. That board “is where important decisions are made” relating to cannabis in New York, Carlucci said.

What to Know Before Hiring a Lobbyist

According to Carlucci, a cannabis entity needs to be armed with specific information before it can embark on any lobbying effort. “The most important thing to know is what yours [company] mission is It helps you measure success,” he said.

The Role of a Mission Statement in Lobbying

The importance of hiring a lobbying firm and creating a strong mission statement is evidenced by the increasing role cannabis lobbyists play in the political scene. According to Carlucci, “more cannabis companies are recognizing the importance of having a government affairs team.”

What to Look for in a Lobbyist

Dustin M. Robinson, a Florida attorney also known as “Mr. Cannabis Law,” said Carlucci is not alone when it comes to transitioning to lobbying from politics.

When hiring a lobbyist, choose someone with an impressive book of contacts in the world in which you want your voice heard.

“To be a good lobbyist, you need a strong presence in the state capitol,” Robinson said. “We try to make political connections based on our client’s needs.”

Dr. Chanda Macias is the owner and general manager of the National Holistic Healing Center Medical Marijuana Dispensary in Washington, DC She said beyond a far-reaching network, an effective lobbyist “needs to know not only who the champions [of particular causes] are but also clear our path of opponents. Balancing the two equals success. A lobbyist also needs to learn how to neutralize opponents.”

The biggest challenge facing lobbyists is understanding their audience. On the federal level, Macias challenges cannabis lobbyists to know who in Congress is a “key champion for cannabis.” After they are identified, a lobbyist should familiarize themselves with the individual perspectives of those politicians. That knowledge will assist a lobbyist in adapting their client’s message to appeal to each politician’s sensitivities.

What Does a Lobbyist Do?

Each state defines lobbying for itself, but the consensus is that a lobbyist attempts to influence government action, according to the National Conference of State Legislatures (NCSL). The NCSL further defines a lobbyist as an employed person who is paid to try and persuade politicians to vote one way or another on a piece of pending legislation.

“My job is to help my clients figure out their goals and then develop a strategy to accomplish that goal,” Robinson said. Clients should be aware that strategies and agendas can change over time based on feedback, he added.

“Negotiations are a big part of my work, even with a client,” Robinson noted. “We need to manage expectations and timelines. A lot of times, a client wants things to happen immediately, so being upfront about realistic timelines and goals is imperative for a positive professional relationship between myself and my clients.”

In Macias’s mind, lobbyists “look at primary issues facing our industry and the patients we serve.” She urges lobbyists to “understand and respect why you want your voice heard in a particular way.”

According to Macias, some anti-cannabis lobbying groups are not merely anti-cannabis. The pharmaceutical industry, for one, is against marijuana because it wants patients to continue needing the prescription medicines they manufacture and sell.

“Pharmaceutical companies do not want anyone to manufacture anything that works better than their drugs,” she said. The alcohol and beer industries also oppose cannabis because they do not want anything altering American minds besides booze.

Macias noted, “Pfizer knows cannabis is getting in position by buying prescription companies that are already using cannabis as an ingredient.”

Washington and Colorado were the first states to legalize recreational cannabis in 2012. However, counters Macias, the pharmaceutical industry has been lobbying for decades, so “their roots are pretty deep in our Congress. Cannabis has been in there for ten solid years, except for California, and we’ve really only started to organize.”

Macias not only talks the talk, but she also walks the walk. Known as a cannabis pioneer, she became the country’s first Black woman medical cannabis operator when she opened her DC dispensary in 2015. She has been a champion of women and minorities throughout her entire career.

When Macias hires a federal lobbyist, she takes care to find a woman who represents someone like her. “Women are underrepresented in the lobbying world and cannabis, she said. But just because we aren’t there, doesn’t mean we should stop seeking a seat at the table. We need more women speaking out about the true female experience in both the business and everyday worlds.”