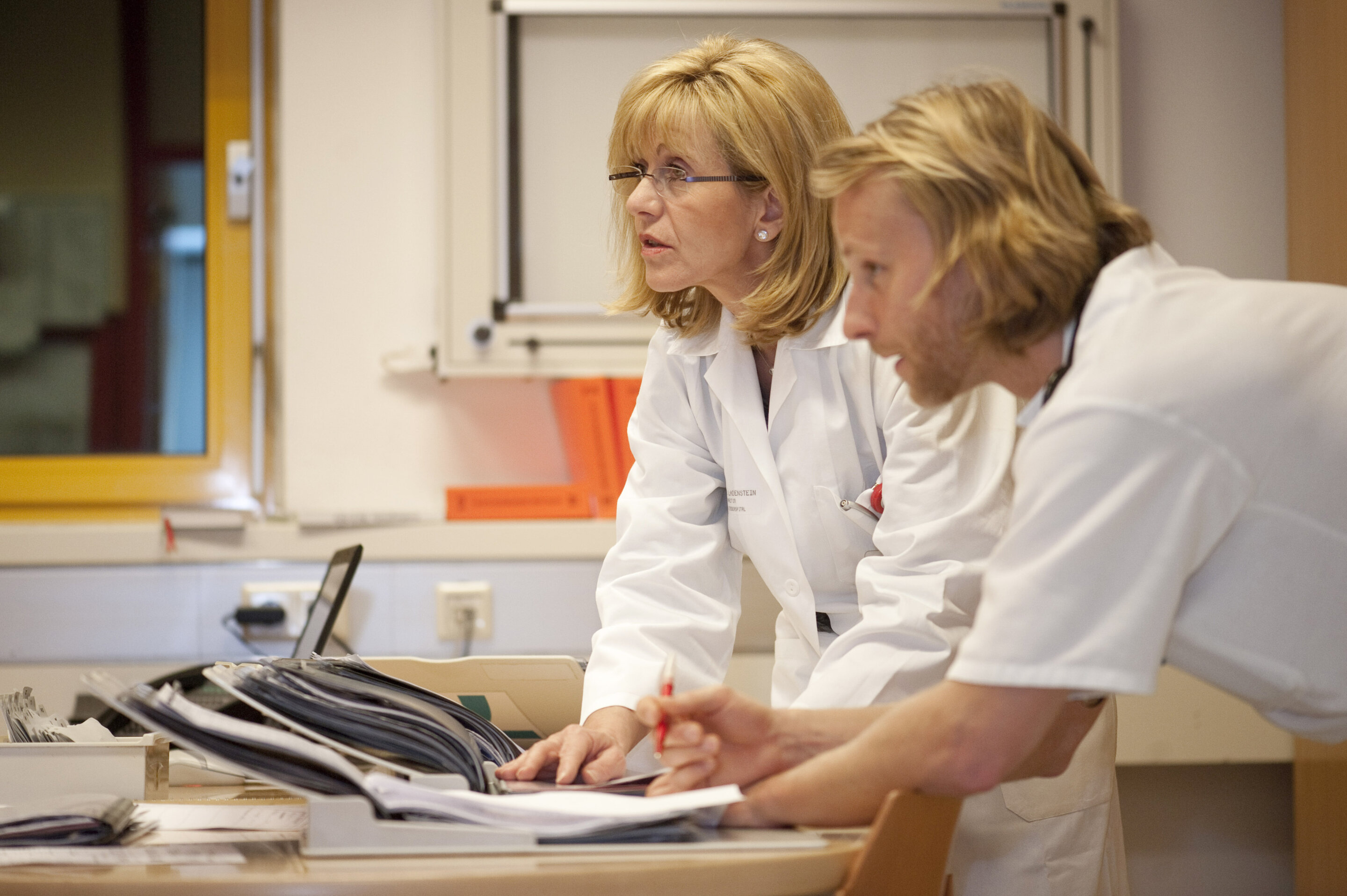 Initial chemotherapy of childhood aggressive nerve tumors, called high-risk neuroblastomas, is crucial for ultimate survival. The chemotherapy regimen used by the European Neuroblastoma Study Group has now been shown to be equally effective, but better tolerated than a highly effective US regimen. This was the conclusion of an international trial coordinated by the Santa Anna Childhood Cancer Research Institute. The study was published in the prestigious Journal of Clinical Oncology.

For particularly aggressive nerve tumors in children, the so-called high-risk neuroblastomas, several chemotherapies are used combined with the intention of shrinking the tumor before surgery (i.e., induction chemotherapy). The effectiveness of this induction therapy significantly affects the chances of survival. The European Neuroblastoma Study Group of the International Society of Pediatric Oncology (SIOPEN) has now compared two of the most effective combination therapies in an international study, coordinated by the Santa Anna Childhood Cancer Research Institute (St. Anna CCRI). The result: equal effectiveness, but significantly lower side effects rates with the therapy regimen considered the standard of the European Neuroblastoma Group SIOPEN.

“With the European rCOJEC regimen, vomiting, nausea, diarrhea, infections and high-grade stomatitis were significantly lower than those of the US reference group. Therefore, we will implement it as a standard of care. to high-risk neuroblastoma, ”says Professor Ruth. Ladenstein, MD, MBA, cPM, lead author of the study and head of the Integrated Research and Research Studies and Statistics (S2IRP) group at St. Anna CCRI.

Equal efficacy, fewer side effects The study team compared the treatment regimen of the renowned Sloan Kettering Memorial Cancer Center, i.e. the MSKCC-N5 regimen, which has the best efficacy results to date, with the so-called rCOJEC regimen (see also “About Study”), the standard SIOPEN treatment in Europe. In the present international phase III study, a total of 630 patients were randomly assigned to one of the two regimens. Professor Ladenstein and her international colleagues sought to assess whether the MSKCC-N5 regimen improves the response to tumor metastases (complete metastatic response) compared with rCOJEC. In addition, physicians investigated whether MSKCC-N5 therapy reduces the likelihood of relapse within three years (event-free survival at 3 years), compared with the rCOJEC regimen. That was not the case either. This study showed that efficacy did not differ significantly between the two treatment regimens. However, the rate of high-grade acute adverse events (grade 3-4) was significantly higher with the MSKCC-N5 regimen.

According to Professor Ladenstein, additional studies should now examine the effectiveness of immunotherapies in addition to the rCOJEC regimen, as only about 60 and 65% of children receiving the rCOJEC and -MSKCC-N5 regimens, respectively, they are still alive after three years. . Professor Ladenstein comments: “We urgently need to improve the outcome of survival. For example, the combination of chemotherapy with anti-GD2 antibodies is very promising, a combination that will be tested in randomized trials by SIOPEN and others.”

Great need for randomized trials Thanks to the continuous improvement of therapies, an increasing number of children with high-risk neuroblastoma are already surviving their disease today. In addition, those who survive have a long life expectancy. “For this reason, it is even more important to investigate sequelae resulting from intensive chemotherapy as well,” explains Professor Ladenstein. “Our study is only the fourth randomized trial investigating high-risk neuroblastoma induction therapies. This is because randomized clinical trials require a great deal of organizational effort internationally due to the small number of cases in each country. participating, but they are essential to provide the best treatment for children with childhood cancer, ”adds Professor Ladenstein.

The SIOPEN HR-NBL1.5 randomized phase III international trial included a total of 630 subjects. The mean age was 3.2 years. The study included children or adolescents between one and 20 years of age with stage 4 neuroblastoma over 12 months of age or infants under one year of age with stage 4S and MYCN amplification. Study participants were randomly assigned a 1: 1 ratio to the rCOJEC regimen (cisplatin, vincristine, etoposide, cyclophosphamide, and carboplatin) or to the MSKCC-N5 regimen (cyclophosphamide, doxorubicin, vincristine, and cisplatin). Induction therapy with one of these regimens was followed by tumor surgery, high-dose chemotherapy (busulfan, melphalan), radiotherapy, and isotretionine combined with dinutuximab beta immunotherapy. The final criteria of the co-primary study were a complete metastatic response and a 3-year event-free survival.

The complete metastatic response rate was not significantly different between the rCOJEC (32%) and MSKCC-N5 (35%, p = 0.368) groups. There were also no significant differences in three-year survival without events between the groups (44 ± 3% vs. 47% ± 3%, p = 0.527). High-grade adverse events (grade 3-4) were significantly more frequent in the MSKCC-N5 group. These included non-hematologic side effects (68 vs. 48%, p