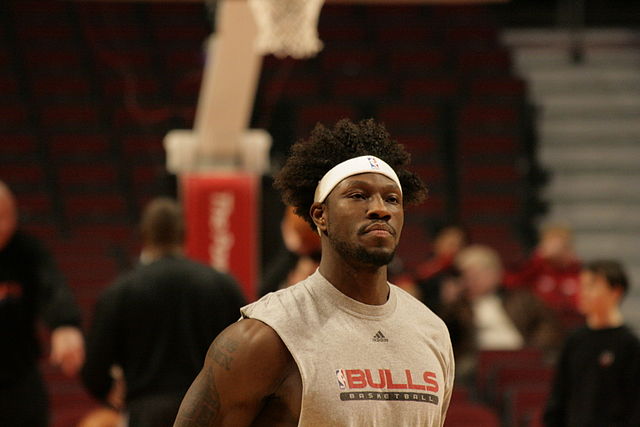 The Detroit Pistons legend is naming the brand Undrafted, a reference to his unique distinction as the first undrafted player in the NBA to reach the Basketball Hall of Fame.

Undrafted’s line will offer cannabis flower, pre-rolls, and vape cartridges, with future products to be announced. Wallace is partnering with Michigan-based cannabis company Rair to facilitate the rollout. Detroit-based advertising agency, Atomic Honeyrepresents both Rair and Ben Wallace and developed the logo and packaging design for Undrafted.

Wallace seems the ideal candidate to form his own cannabis line, as he benefited from the plant’s anti-inflammatory effects following years of aches and pains related to injuries sustained in his 16-year professional basketball career.

“There’s no denying that marijuana has a healing upside for athletes or anyone struggling with pain — so alongside launching the Undrafted brand, the Rair team and I will continue to push to end this stigma associated with cannabis use, ”Wallace said.

Rair currently has four dispensary locations around the state — with a fifth location opening in Kalamazoo on 4/20 — and is the only Michigan cannabis company to grow aeroponically. Aeroponic growing is a method of cultivating plants in an air or mist environment as opposed to in soil or an aggregate medium. The method uses fewer resources but yields faster growth, healthier plants and bigger harvests. It also drastically reduces the chance of contamination while allowing for real-time grow recipe adjustments.

“Our partnership with Rair formed so organically,” said Wallace. “I believe the marriage between our two brands automatically sets us apart from any other cannabis line out there. Rair products are of the highest quality, and I’m excited to partner with them on Undrafted, as I’m confident the brand will be nothing short of exceptional. ”

The venture will be the first time Rair has worked with an outside vendor, but CEO Kevin McFadden believes in Wallace’s approach.

“We couldn’t have asked for a more dedicated partner to align with on our first go around,” said McFadden. “Ben’s work ethic and commitment to excellence align with our promise to deliver the best cannabis products and experience possible to patients and recreational customers in Michigan.”