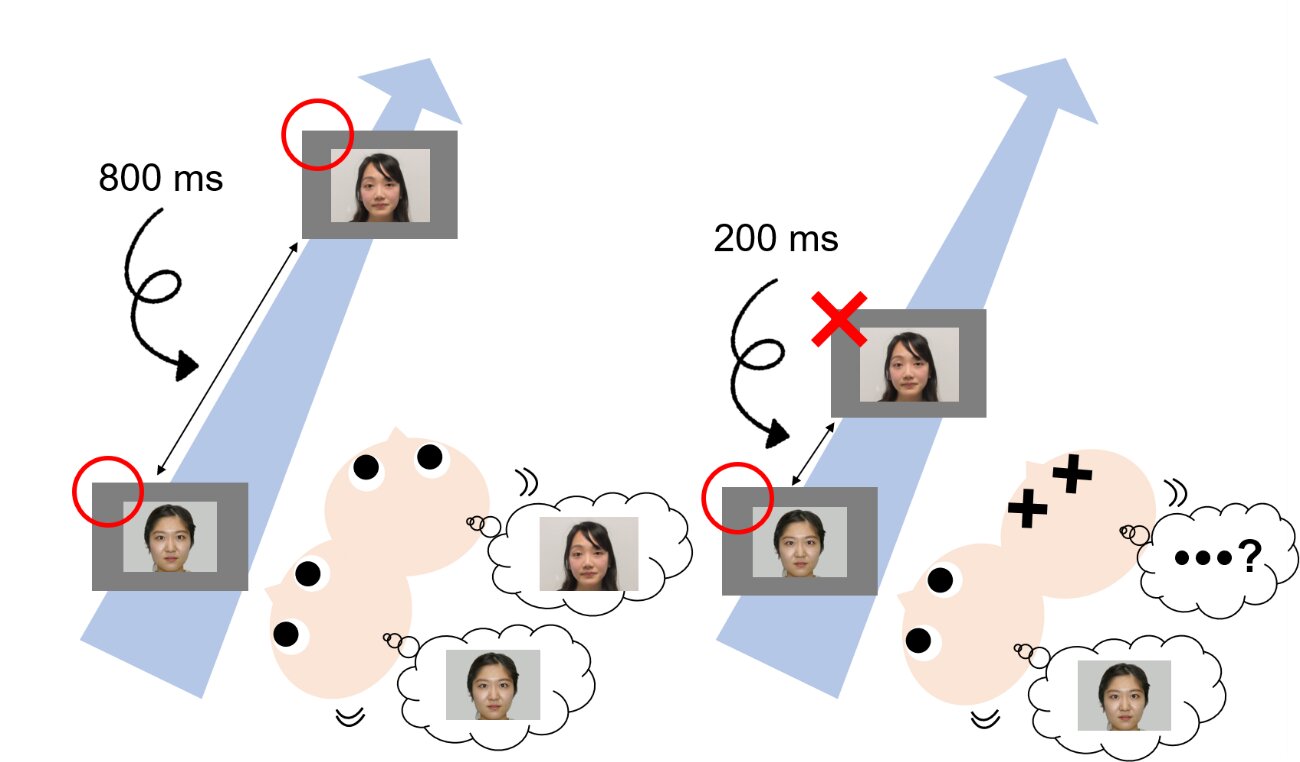 Previously, it has been reported that the human visual system has a temporary limitation in the processing of visual information when it perceives things that occur in less than half a second. This temporary deficit is known as “attentional blinking” and has been shown in a large number of studies. These studies reported that adults could recognize two things when these two were temporarily separated for 500 ms, but adults overlooked the second when the time interval was less than 500 ms. Recently, this attention blinking phenomenon has been observed even in preverbal infants less than one year of age.

In the study of Chuo University, Japan Women’s University and Hokkaido University, babies at 7 and 8 months of age she was responsible for identifying two female faces among landscape images that were presented successively at a rate of 100 ms per image. In a set of images, the faces were placed at 200 ms; on the other, they were placed 800 m away. The researchers found that babies could identify two faces when the time interval between those two faces was 800 ms. In addition, infants overlooked the second face when the separation was 200 ms, suggesting that they exhibited attentional blinking. phenomenon. These results suggest that infants take less than a second to fully process visual information and have the same time limitation in processing. visual information as seen in adults.

“This is the first study to reveal attention blinking in preverbal babies and offers opportunities to further investigate visual awareness in children who focus on the attention blinking phenomenon. This phenomenon is especially interesting to us, since it has recently been used as a consciousness marker “. said Shuma Tsurumi of Chuo University.

Jun-ichiro Kawahara, a professor at Hokkaido University, said: “Our study showed what is happening in the first half of the second when babies see multiple visual objects. This contrasts sharply with previous studies that focused primarily on in visual learning over much longer periods, such as on the order of 5 seconds. “He continued,” In addition, our study could provide a new way to test whether existing theories of attentional blinking the phenomenon may be useful for underdeveloped babies “.

The study is published in Cognition.

A blinking attention was examined to help readers with problems