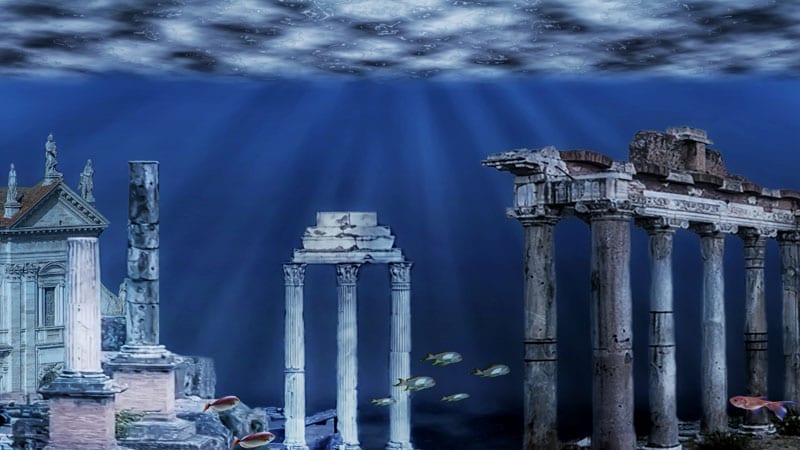 Now, a trial of 1,500 patients has offered greater insight, but also some puzzles, including an inexplicable risk signal related to the choice of post-TAVR antithrombotic agent.

Management with factor Xa inhibitor apixaban (Eliquis, Pfizer / Bristol-Myers Squibb) after TAVR was not higher than the standard 1-year management for the composite clinical endpoint of the study, which included mortality, myocardial infarction (MI), bleeding and various thrombotic events. Standard care consisted of antiplatelet therapy or oral anticoagulation (OAC) with warfarin, the choice depends on whether there was a separate OAC indication.

General parity was also applied to two subanalyses: one of patients without standard OAC indication and the other of those with OAC indication other than TAVR.

However, among those who did not have an established indication for CAO, patients assigned to apixaban showed an 86% jump in mortality driven by a triple risk of non-cardiovascular death compared with those who received standard care. essay. ATLANTIS. Principal Investigator Jean-Philippe Collet, MD, of the Hospitalier Pitié-Salpêtrière Group in Paris, France, presented the results of the trial at the 2021 American College of Cardiology (ACC) scientific session.

The risk of bleeding, major or minor, was not affected by treatment allocation in general and in both subanalyses.

Collet said the process cannot recommend apixaban as the default post-TAVR antithrombotic agent. “But given its ease of use, the good safety profile of the drug, and the lack of differences from vitamin K antagonists, it could be a first-line therapy in those patients who have an indication for oral anticoagulation that is not the same TAVI “.

However, “the question remains open” for patients without OAC indication, he added. Apixaban “may be an option. But we need more data, especially with regard to non-cardiovascular deaths. We had this same signal in the GALILEO test “.

In the 2019 GALILEO trial, the risk of death, thromboembolic events, and hemorrhage increased for post-TAVR patients who received rivaroxaban (Xarelto, Bayer / Janssen), another direct inhibitor of factor Xa, compared with antiplatelet therapy.

There was a captivating but inconclusive signal that favored apixaban in the separately presented 4-dimensional (4D) ATLANTIS substudy, which included 379 patients receiving apixaban and 392 assigned to standard care with evaluable scans.

The risk of subclinical valve thrombosis was significantly reduced by 49% among patients assigned to apixaban versus standard care among the 558 patients without OAC indication. There were no significant effects, by any means, among those with OAC indication.

Subclinical valve thrombosis has been a concern, especially since the 2015 publication of a worrying observational analysis of registration and data from a single center that point to risk after TAVR. Although no effects of this thrombosis were reported in the brochures, the results sharpened the focus of the field on adjuvant antithrombotic therapy in patients who have undergone TAVR.

The trial defined subclinical thrombosis of the valve, a component of the primary endpoint, according to abnormal flow gradients or altered leaflet mobility by transthoracics. echocardiography (TTE), 4D CT, or both, performed after about 3 months.

“I think we can summarize the field right now by saying that valve thrombosis is common,” after TAVR, surgeon Michael J. Mack, MD, Baylor Scott & White Health, Dallas, Texas, said as a panelist after the presentation.

“It’s a dynamic process that some patients develop after 30 days and resolve after a year,” he added. “Other patients develop it after 30 days. It does not appear to be associated with clinical events and there is no evidence,” considering the ATLANTIS results, “that it is nothing aspirin it is beneficial for these patients “.

The risk of subclinical valve thrombosis “was clearly reduced between apixaban and standard of care, although we cannot draw any statistical conclusions because we did not show any superiority over the primary outcome,” Collet said. theheart.org | Cardiology Medscape.

Still, Collet said, “There are anatomical considerations that can lead to the decision of whether patients should be treated with oral or antiplatelet anticoagulation. I think we now have evidence that valve-valve procedures are associated with thrombosis. more subclinical valve, the patient at risk, and the same goes for patients with small aortic valve ring. “

And that, he said, could “drive the decision to choose one over the other, regardless of the risk of underlying bleeding.”

A reduced risk of subclinical valve thrombosis during apixaban therapy in the group without indication for OAC, however, did not translate into a clinical benefit at 1 year with respect to total main end point of death; MI; stroke or transient ischemic attack (TIA); pulmonary embolism; deep vein thrombosis (TVP); intracardiac thrombi or bioprosthesis; or significant, potentially fatal, disabling, or significant bleeding.

Approximately one-third of the population had an OAC indication unrelated to their aortic valve disease, including atrial fibrillation in 28.3% of patients in the group apixaban and 26.5% of those assigned to standard care.

Apixaban was administered primarily at 5 mg twice daily; the dose was 2.5 mg twice daily for approximately 34% of the group, depending on impaired renal function, advanced age, or low body weight.

Overall, the two groups had a similar result at the primary endpoint at 1 year: 18.4% of those receiving apixaban and 20.1% of those assigned to standard care (risk ratio) [HR], 0.92; 95% CI, 0.73 – 1.16). There were also no significant differences in the two stratification groups: those with and without OAC indication.

Potentially fatal, disabling, or major bleeding (the primary endpoint of safety) developed in 8.5% of patients, regardless of whether they received apixaban or standard care.

Patients receiving apixaban showed significant benefit in two secondary outcomes; their risk of prosthetic thrombosis fell by 77% and that of DVT by 91%; this benefit was not observed among those receiving warfarin in the standard care group.

In post hoc analysis by stratification group, there were no significant differences between apixaban and standard care for any of the primary and secondary criteria among patients with OAC indication. But among those without an indication for OAC (i.e., in the comparison of apixaban versus antiplatelet), factor Xa inhibitor was associated with high risks for the following:

In the prospectively defined 4D CT substudy, which included 370 patients assigned to apixaban and 392 in the standard care group, the odds ratio (OR) was 0.65 (95% CI, 0.41 – 1.04), favoring the factor Xa inhibitor for the primary. end point: at least one leaflet of prosthetic valves with reduced mobility of grade 3 or 4 or thickening of hypoattenuated leaflet of grade 3 or 4.

The OR was 0.51 (95% CI, 0.30 – 0.86; Pg for interaction = .011) among the 558 patients in the sub-study without OAC indication, reported Gilles Montalescot, MD, PhD, Sorbonne Université and Hôpital Pitié-Salpêtrière, Paris, France, in their presentation of the sub-study during the virtual ‘ACC.

If these images were taken periodically in post-TAVR patients, Collet said theheart.org | Cardiology Medscape, would likely detect even a higher prevalence of subclinical thrombosis, which would “likely” increase the risk of events such as stroke. “This is especially relevant for low-risk patients in whom subclinical valve thrombosis may be a key player in valve degeneration and valve durability.”

It may be that this serial image, he said, could identify patients for whom OAC may be the best post-TAVR option, even in the absence of other indications.