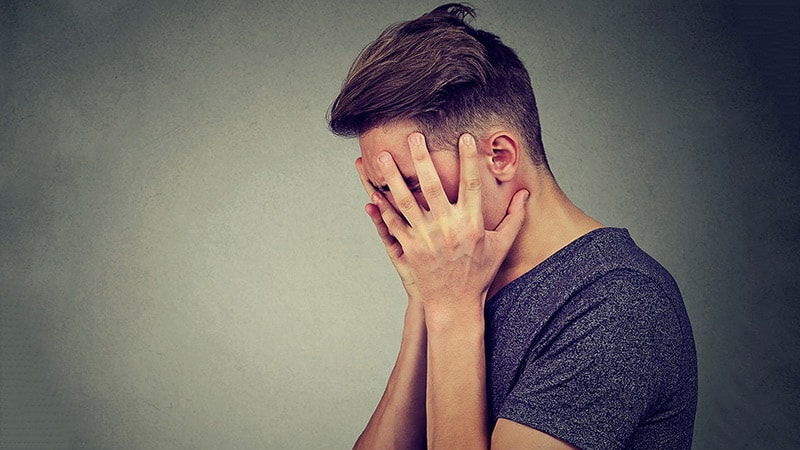 According to new research, motor problems in children can be a harbinger of serious mental illness.

The researchers found that motor abnormalities were twice as common among those who develop psychosis or depression compared to their general population counterparts, suggesting that these abnormalities may help predict vulnerability and provide an opportunity for early intervention.

“We’ve learned that there are motor signs that can be measured in adolescence [that are] is more common in these disorders, ”said lead researcher Katherine SF Damme, PhD, Adolescent Preventive Development and Treatment Program (ADAPTA), Northwestern University, Chicago, Illinois,

“This is only scratching the surface of motor signs, but they may have some transdiagnostic vulnerability in these psychopathologies” to which sensorimotor connectivity and motor behaviors “could provide additional insight,” Damme added.

The findings were presented at the virtual congress of the Schizophrenia International Research Society (SIRS) 2021.

Damme stated that there has been great interest in the pathophysiology of psychosis and in its early detection. “It has devastating effects and early intervention is of great importance,” he added.

However, previous research has typically focused on affect or cognition, rather than on motor signs, although motor signs are a “basic symptom of both psychosis and depression.”

The prevalence and presentation of motor signs in adolescence, which is a “critical time to identify these risk markers” because of their proximity to the onset of psychosis, has been studied, Damme said.

For their study, the researchers collected data on the motor function of the Adolescent Brain Cognitive Development Study (A B C D), which included 10,835 children ages 9 to 11 with a wide demographic diversity of 21 U.S. locations.

Overall, 27.6% of children were reported to have at least one motor sign; it was reported that approximately 3% had two or more motor signs.

The most common was uncoordination, which was endorsed by 19.3% of participants. In addition, it was reported that 8.8% had experienced motor developmental delays, 1.5% had psychomotor agitation, and 0.3% had psychomotor retardation.

The researchers determined that 4.6% of participants met the criteria for depression, 2.6% for psychosis, and 1.8% for comorbid psychosis and depression.

Motor signs were much more common among children with depression, psychosis, or both than among those who did not have these conditions; 45.8% said they had at least one engine sign.

Developmental delays and motor incoordination occurred at approximately the same rate in both depressed and psychotic patients. Rates were higher among patients with both conditions than among those with either condition alone.

Although the size of the effect was smaller, there was a higher rate of motor signs among participants with a family history of these conditions, Damme said. “Again, we see that it is high among the developmental delays of development and at a similar rate in people who have depression and psychosis.”

Data from the sensorimotor connectivity network for the cohort indicated that there was no major effect of the diagnosis on corticostriatal connectivity.

During the post-presentation discussion, Ian Kelleher, MD, honorary professor of psychiatry at the Royal College of Surgeons, Ireland, Dublin, said he was “surprised” by the finding that the rate of psychomotor retardation was lower among participants. with psychosis and depression.

He added that he was not entirely sure whether to ask an 8- to 11-year-old girl in a clinical interview if they experience motor signs “could be the best way to get to the engine slowdown.”

Commenting on the findings of Medscape Medical News, Peter F. Liddle, MD, PhD, Professor of Psychiatry, Faculty of Medicine and Health Sciences, University of Nottingham, Nottingham, UK, noted that the “features we are talking about are quite subtle.

“What I’ve been wondering for a long time is whether we should get video recordings and use machine learning approaches to teach a computer to recognize normal movements versus abnormal movements, and in particular facial expression,” he said. say Liddle, who was not involved in the investigation.

He described the current study as “interesting”, but noted several factors that affect the potential usefulness of the findings in predicting outcomes.

First, “they may not be very good at distinguishing schizophrenia from mood disorders; but if the question is simply to determine which young person may develop a significant mental disorder, it may be helpful,” Liddle said. .

He endorsed the researchers ’conclusion that motor abnormalities may be a transdiagnostic marker. Beyond that, they may be “more useful as a predictor of probable long-term severity, but this is my own hypothesis based on my work,” he added.

Another question concerns the sensitivity of motor abnormalities as a predictive marker. With the rate of abnormalities identified in those who developed psychosis and depression about twice the rate in the general population, “it seems the assessors were quite sensitive … but they weren’t that specific,” Liddle said.

A third issue concerns treatment. “When people are referred to a psychiatrist for evaluation on possible impending psychotic illnesses, they have often already had medications,” usually an antidepressant or antipsychotic.

The study was funded by grants from the National Institute of Mental Health. The study authors and Liddle did not disclose any relevant financial relationship.