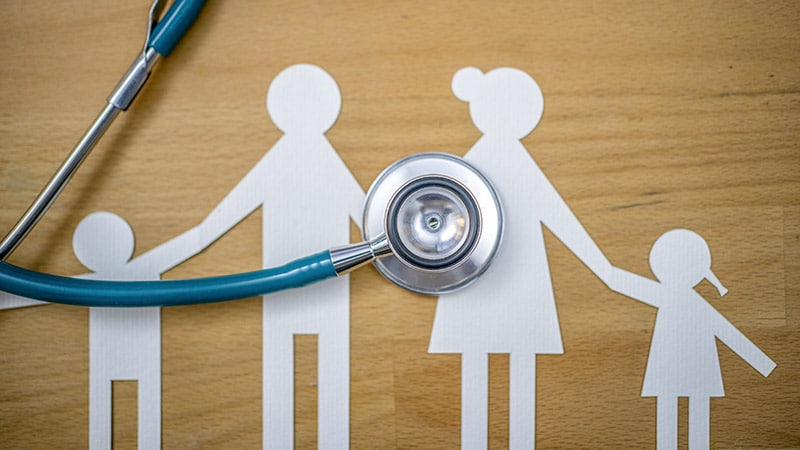 The American Medical Association has launched a three-year period strategic plan to combat long-standing health inequalities that harm marginalized communities and improve WADA’s own performance in this regard.

The report was published just 2 months ago after WebMD reported that a podcast organized by the main AMA newspaper was criticized as racist and out of touch. In the podcast, entitled “Structural Racism for Doctors: What Is It?”, One JAMA the editor argued that structural racism does not exist. Eventually, he resigned and the magazine’s top editor was put on administrative leave.

The strategic framework of the new AMA report “is driven by the immense need for equity-focused solutions to address the harms caused by systemic racism and other forms of oppression for blacks, Latinos, Indians, Asians and others. people of color, as well as people who identify as LGBTQ + and people with disabilities, ”the WADA said in a press release. “Its urgency is underscored by ongoing circumstances, including inequalities exacerbated by the COVID-19 pandemic, ongoing police brutality, and hate crimes targeting Asian, black, and brown communities.”

As the report acknowledges, the WADA has a long history of exclusion and discrimination against black physicians, so the association publicly apologized in 2008. Over the past year, the WADA has reaffirmed its commitment to addressing this legacy and to being proactive in health equity.

Among other things, the association has described racism as a public health crisis, said race has nothing to do with biology, said police brutality is a product of structural racism, and called on the federal government to collect and release the COVID-19 race / ethnicity data. He also removed the name of WADA founder Nathan Davis, MD, from an annual award and exhibition because of his contribution to explicit racist practices.

In 2019, the AMA launched its Center for Health Equity with the mandate “to incorporate health equity into the entire organization”. Aletha Maybank, MD, was appointed WADA’s director of health equity to lead the center.

In the report Maybank helped write, the WADA discusses the consequences of individual and systemic injustice toward minorities. Among those consequences, according to the report, are “segregated and unjustified health systems.”

The “equity-focused solutions” in the report include:

Harmon cited the “channeling program” at the Morehouse School of Medicine in Atlanta and the WADA’s “back-to-school doctors” program as examples of efforts to attract minority high school students to the health careers. Much more needs to be added, he added. “We need to bring equity and representation to our medical staff so that we can provide higher quality and more reliable care to underrepresented patients.”

Put the house of the AMA in order

In its report, the WADA also makes recommendations on how it can improve equity within its own organization. For the next 3 years, among other things, tthe association plans to improve the diversity of leadership of the AMA and its magazine, JAMA; train all staff on equity requirements; and develop a plan to recruit more racial and ethnic minorities, LGBTQ + people and people with disabilities.

The WADA must thoroughly examine its own processes and determine “how inequality appears on a day-to-day basis,” he said. “Whether it’s hiring, innovation, publications or communications, everyone needs to know how inequality is shown and how their own mental models can exacerbate inequalities. People need tools to challenge themselves and ask themselves important questions about racism in their processes and what they can do to mitigate them. “