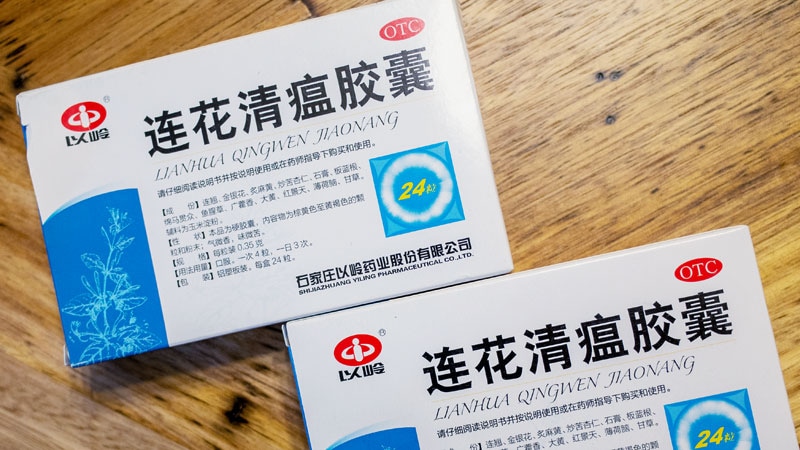 Nanshan Zhong gained prominence during the 2003 SARS outbreak to develop “a controversial steroid treatment that cured many SARS patients but left some with debilitating bone problems.” according to NPR. In 2020, TIME appointed him to the magazine list of the 100 most influential people in the world. He was designated to direct Research by the National Health Commission of China on COVID-19 early last year and in February 2020 Harvard announced that Zhong would share a $ 115 million effort with university scientists to develop therapies against COVID-19.

Last May, Zhong published the results of a clinical trial that tested whether traditional Chinese medicine could be used to treat patients with COVID-19. This document, entitled “Efficacy and safety of Lianhuaqingwen capsules, a reused Chinese herb, in patients with coronavirus disease 2019: a randomized, multicenter controlled trial, “was published in Phytomedicine. It has been cited 67 times, according to the science website Clarivate Analytics, and has two corresponding authors: Zhong, from the Guangzhou Institute of Respiratory Health, and Zhen-hua Jia from Hebiling Yiling Hospital, China.

None of the authors of the document revealed any conflict of interest. However, last year an anonymous whistleblower found documents linking Zhong and Jia financially to Shijiazhuang Yiling Pharmaceutical, which supplied Lianhuaqingwen capsules for the study and requested and sponsored the trial, according to China’s clinical trial database. This detail was not disclosed in the document.

Shijiazhuang Yiling Pharmaceutical was founded in 1992 by Yi-ling Wu, a billionaire with whom Zhong has been collaborating since 2015, according to the South China Morning Post. The newspaper reported last October that “Wu invited Zhong to join 460 million yuan [$71 million] a research lab created by his company for academics, “and that,” in 2016, they co-founded a research center to fight lung disease through [traditional Chinese medicines] in the southern city of Guangzhou. ”

Zhong also signed a “cooperation project” agreement with Shijiazhuang Yiling Pharmaceutical in 2015 to test Linhuaqingwen’s antiviral properties, according to a report published in Ta Kung Pao, a Chinese newspaper.

The other corresponding author, Zhenhua Jia, is married to the pharmacist director and secretary of the board of directors, Rui Wu, according to a public stock incentive plan which the company issued in March 2013. Rui Wu is the daughter of Yi-ling Wu.

In August 2020, the complainant, who did not want to be identified because “the research projects of my current laboratory are based on funding from the Chinese Academy of Sciences in which some authors of this article have a great influence,” emailed Princy Alexander, a magazine manager at Phytomedicine, on possible undeclared conflicts of interest.

His email was passed to the editor-in-chief of the magazine, THOMAS Efferth, which asked Jia to provide a point-by-point response and draft an errata that could be published in Phytomedicine, according to emails seen by Retraction Watch.

Jia responded on Sept. 22 and attached four documents confirming that Jia and Rui Wu are spouses and that they own a “sister company” to the pharmaceutical firm. But they deny that their consultancy has ever been involved in the clinical trial and said the two companies are “completely independent legal entities” and “will have no substantial impact on the implementation and results of clinical research.”

The documents also state that Jia did not contribute to the actual research or statistical analysis of the paper and therefore its participation would not diminish the objectivity of the results:

As an independent medical scientist, Professor Zhen-hua Jia has been involved in the design, writing, and revision of the manuscript. In light of the enormous contribution, Professor Jia has been unanimously chosen to be the corresponding author of the article. Professor Zhen-hua Jia did not participate in the specific research process or in the statistical analysis of the results, so it does not affect the scientific, objectivity and authority of the research results.

The documents do not offer a rebuttal to the complainant’s concerns about Zhong’s academic collaborations with Yi-ling Wu. Zhong, Jia and several spokesmen for Shijiazhuang Yiling Pharmaceutical did not respond to requests for comment.

An errata prepared by the authors also suggests the following modifications to the disclosure of the conflict of interest:

Shijiazhuang Yiling Pharmaceutical Co., Ltd. provided part of the study funding and drug (Lianhuaqingwen capsules) for this research and played no role in the acquisition, analysis, and writing of this article.

Lianhuaqingwen was originally cataloged as a treatment for influenza and respiratory diseases in 2004, by the National Health Commission of China. There were traditional Chinese medicines, such as Lianhuaqingwen recommended for the treatment of patients with COVID-19 in China in January 2020.

After last year the pharmaceutical company sent boxes of Lianhuaqingwen capsules to Chinese students in Canada, a spokesman for Health Canada told CBC News that “they would take steps to stop this activity,” while doctors (and the the company’s own website) said the tablets could treat the symptoms of COVID-19, but not the disease itself.