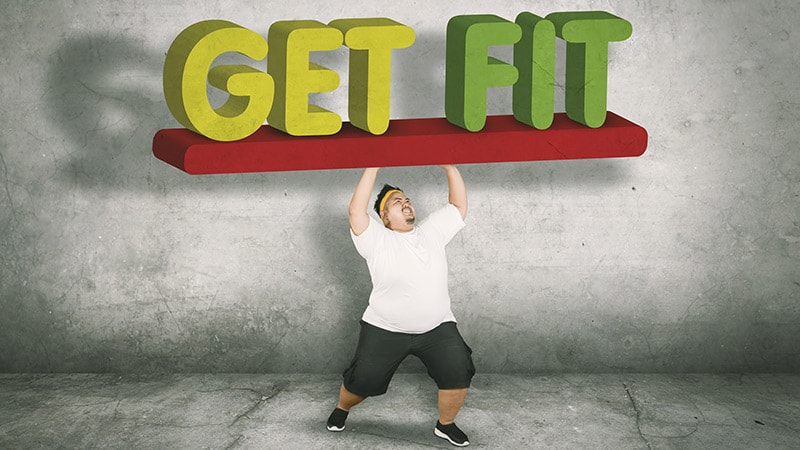 Scientists have proposed a new simple definition of “metabolically healthy” obesity“to identify individuals who are not at increased risk of death from cardiovascular disease (CVD) and total mortality.

The team, led by Anika Zembic, MPH, German Institute of Human Nutrition Potsdam-Rehbruecke, Nuthetal, Germany, conducted an assessment of anthropometric and metabolic risk factors, as well as mortality data from two cohorts that “gave a simple definition to classify participants with obesity as metabolically healthy or unhealthy. “

They defined “metabolically healthy” as systolic blood pressure <130 mm Hg and no use of medications to lower blood pressure; waist-hip ratio <0.95 (in women) and <1.03 (in men); and does not prevail type 2 diabetes.

Based on this new definition, 42% of participants in the third U.S. National Health and Nutrition Examination Survey (NHANES-III) and 19% of participants in the UK Biobank study were metabolically obese. healthy and did not have an increased risk of cardiovascular disease mortality and overall mortality compared to individuals with metabolically healthy normal weight.

“People with a phenotype defined as metabolically unhealthy using this definition had significantly higher risk ratios for [CVD] mortality and overall mortality, regardless of body mass index (BMI) category, and people with phenotypes defined as metabolically healthy obesity did not present an increased risk, ”Zembic and colleagues summarize in their article, published May 7 a JAMA network open.

“Our new definition may be important not only for stratifying the risk of mortality in obese people, but also in overweight and normal weight people,” they conclude.

“So far there is no universally accepted standard to define [metabolically healthy obesity] and more than 30 different definitions have been used to operationalize phenotypes in studies, ”which may explain the“ continued unresolved debate ”about outcomes in metabolically unhealthy obese patients, Ayana K. April-Sanders, PhD, and Carlos J Rodriguez, MD, MPH, of Albert Einstein College of Medicine, New York, writes in an attached comment.

The current study, they point out, suggests that the waist-to-hip ratio is a better measure of central adiposity than waist circumference and that the effect of dyslipidemia on CVD mortality may be weaker among individuals with obesity.

However, the results may not be generalizable to other cardiovascular disease outcomes, they warn.

And importantly, some people with metabolically healthy obesity will likely move into unhealthy obesity over time due to weight gain, aging, and lack of physical activity.

Therefore, “the present study provides a prototype of how this definition can be derived, but more rigorous testing and testing using similar techniques is needed, particularly in prospective studies,” according to April-Sanders and Rodriguez.

Definition developed from the NHANES cohort, validated in the United Kingdom Biobank

Zembic and colleagues explain that the above definitions of metabolically healthy obesity were based primarily on the absence of any metabolic syndrome or insulin resistance, but some individuals with obesity but no metabolic diseases still have a higher risk of MCV mortality and total mortality.

To develop a more accurate definition of metabolically healthy obesity, the researchers analyzed data from 12,341 individuals in the United States who participated in NHANES-III, conducted between 1988 and 1994. Individuals had a mean age of 42% and 51% were women and were followed for an average of 14.5 years.

The researchers validated this definition using data from 374,079 individuals in the population-based UK Biobank cohort, which were evaluated between 2006 and 2010. These individuals had a mean age of 56 years and 55% were women and they were followed for an average of 7.8 years. .

The combination of systolic blood pressure and waist-to-hip ratio had the strongest association with MCV mortality and overall mortality, and the prevalence of type 2 diabetes was also associated with an increased risk.

Regardless of BMI, all groups of metabolically unhealthy individuals had an increased risk of MCV mortality and total mortality.

The study and some researchers received support from grants from the German Federal Ministry of Education and Research.