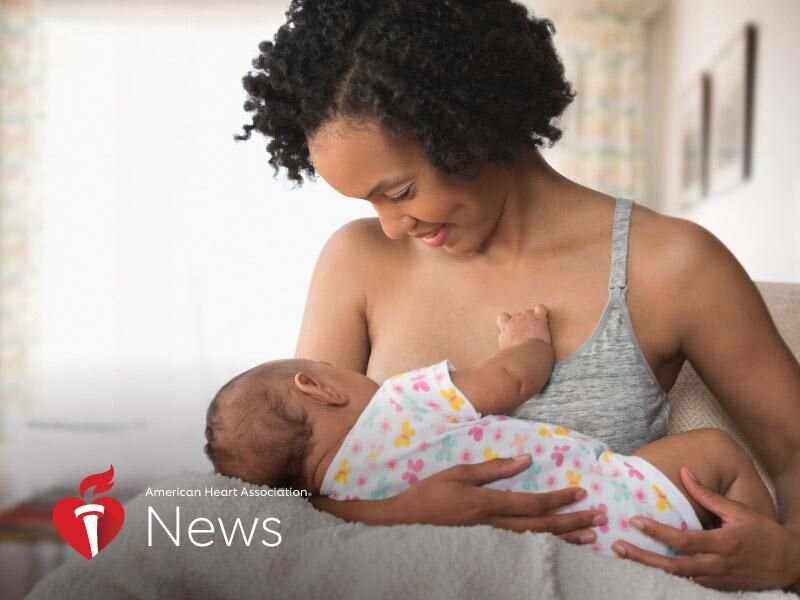 New research on the growing problem of early obesity suggests that bacteria in the baby’s gut may indicate weight problems in the coming years.

The researchers examined the intestinal microbiota (bacteria and other digestive system microbes) of babies, as well as their body mass index, a common indicator of overweight and obesity. The study is presented Friday at the American Heart Association’s virtual conference on Epidemiology, Prevention, Lifestyle, and Cardiometabolic Health.

Being able to “identify the modifiable factors of early life that are associated with weight gain during early childhood is an opportunity to prevent cardiovascular risk factors and heart disease later. That’s why we focused on the microbiota in children, ”said Moira Differding, who led the study.

The latest statistics from the Centers for Disease Control and Prevention show that obesity affected 13.4% of children aged 2 to 5 in 2017-18, with a figure that rose to 20.3% among children from 6 to 11 years.

Differding, a doctoral candidate at the Johns Hopkins Bloomberg School of Public Health in Baltimore, said past studies with animals and the elderly have suggested interruptions in intestinal microbiota it can cause low-level inflammation, which could contribute to weight gain and obesity.

To track this connection before life, the researchers examined the microbiota extracted from stool samples from more than 200 babies in New Hampshire at both 6 weeks and 1 year. They then measured their BMI until they were 5 years old.

A higher abundance of two types of bacteria, Klebsiella and Citrobacter, in the feces of 6-week-old infants was associated with a higher BMI as they aged. The same was true of Prevotella bacteria found in the feces of 1-year-olds. The findings are considered preliminary until they are published in a peer-reviewed journal.

“It shows that the microbiota at an early age really predicts the child’s BMI two to five years later. This broadens our knowledge and is pretty cool,” said Peter Katzmarzyk, professor of physical activity and epidemiology at the obesity at the Pennington Biomedical at Louisiana State University Research Center in Baton Rouge. He did not participate in the study.

Differding said a baby’s microbiota could be affected by environmental factors, diet and antibiotics. Finding out how to minimize the obesity-related microbiota could help combat weight gain later in life.

“The body has to learn which bacteria are acceptable and which are not,” he said. “If there are interruptions in the first year of life, this causes problems at first. And if not resolved immediately, the body could react later with a more inflammatory response.”

Another possible factor is breastfeeding. Differentiator said that the levels of bacteria among the infants who were breastfed were less associated with a higher BMI, but that more results are needed to demonstrate a link. The study is ongoing, he said.

Katzmarzyk agreed that the breastfeeding factor was interesting, but not conclusive.

“We need more studies to see if breastfeeding really changes the microbiota,” he said. “We understand that the mixture of bacteria in the baby’s gut is associated with obesity several years later. There is something in their diet and their environment that affects this, but we don’t know the mechanisms.”

Differding said other studies have shown that breastfeeding can reduce childhood obesity, though not because of the microbiota.

“But beyond breastfeeding, we need to figure out how they work bacteria may be causing childhood obesity. It is important to fix the file microbiota early in life so we can reduce the potential of obesity later, whether the babies are breastfed or not “.

Citation: A baby’s intestinal bacteria can predict future obesity (2021, May 20) recovered on May 21, 2021 at https://medicalxpress.com/news/2021-05-baby-gut-bacteria-future -obesity.html