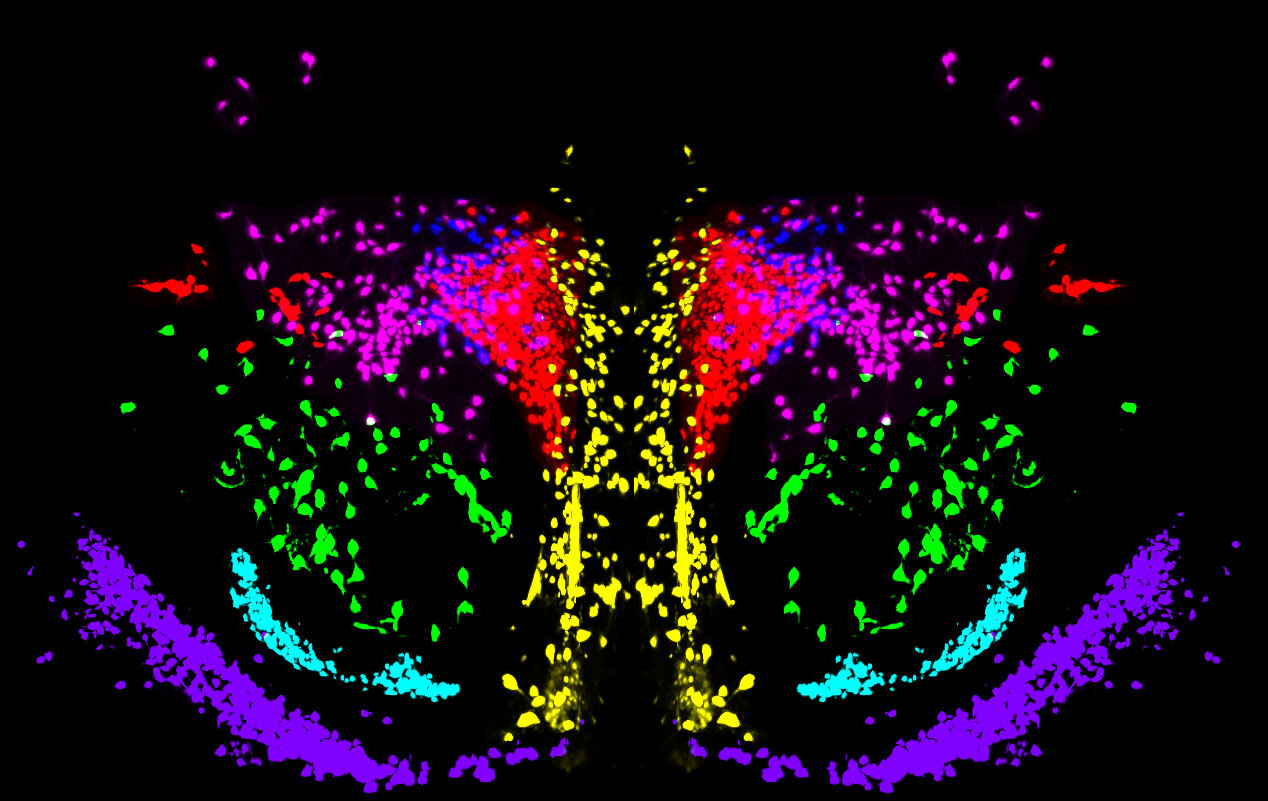 The work, carried out by Pilar Madrigal and Sandra Jurado, of the Institute of Neurosciences UMH-CSIC of Alicante, joint center of the National Council of Research and of the University Miguel Hernández, has published in Biology of Communications.

“Our in – depth analysis of the oxytocin–vasopressin circuit al mouse brain has revealed that these two molecules have different dynamics throughout embryonic development. These adaptations are likely to modulate the functional properties of different brain regions according to theirs development stage, contributing to the improvement of the neural circuits that are the basis of social behaviors “, explains Dr. Sandra Jurado, director of the Laboratory of Synaptic Neuromodulation and the Unit of Cellular and Systems Neurobiology of the Institute of Neurosciences.

Very similar in structure, oxytocin and vasopressin are two neuropeptides that are evolutionarily conserved and involved in the regulation of complex social behaviors such as maternal care and partner bonding.

Although it is not known how oxytocin and vasopressin are modulated brain function, numerous animal and human studies suggest that alterations in these circuits may underlie mental disorders characterized by deficits in social interaction, such as autism, anxiety and social aggression or schizophrenia. “For us, it has been very important to identify how these circuits are formed during brain development, in order to detect possible alterations that could be related to social disorders, “says Dr. Jurado, who has led the research.

To date, most studies to characterize the expression of oxytocin and vasopressin projections have used histological methods and in situ hybridization in brain sections that provide relevant information but are difficult to extrapolate to the formation of three-dimensional circuits in the brain. .

In addition, most previous work has focused on the rat brain, although an increasing number of studies use the mouse as an experimental model, highlighting the need for more accurate connectivity maps for this. species commonly used in the laboratory.

Produced in the hypothalamus, the brain region responsible for controlling behaviors essential for survival, oxytocin acts as both a hormone and a neurotransmitter. This small primitive molecule plays an important role both in basic functions such as osmotic balance in invertebrate species and in complex behaviors such as reproduction and maternal behaviors in humans.

Although oxytocin is best known for increasing muscle contraction during childbirth, it also plays an important role in reproductive and social behaviors. Thanks to this hormone, our brain is able to maintain emotional relationships with our peers. And one of the most primitive and strong in mammals is precisely the close relationship between a mother and her children. Oxytocin is popularly known as the “love hormone” because it promotes social contact, partner preferences and subsequent affection. It also produces a sense of security and well-being and reduces stress.

In this study, Madrigal and Jurado have implemented the iDISCO + clarification technique, which allows a large part of the lipid (fat) content of the brain to be removed without damaging its structure, to make it transparent. This method, in combination with light-leaf fluorescence microscopy, has allowed researchers to generate high-resolution 3D reconstructions of the cellular oxytocinergic and vasopressinergic systems of the entire mouse brain, from early development to adulthood.

In addition, they have seen a high presence of mixed cells (oxytocin and vasopressin) during the early stages of development, which decreases in most hypothalamic nuclei as growth progresses. “It is likely that these dynamic adaptations will allow the modulation of oxytocin and vasopressin levels in different brain regions depending on the stage of development. This change would make it possible to refine the neural circuits that underlie social behaviors,” the researchers said.

These adaptations show differences between mouse and rat brains, making this study a new benchmark for researchers studying social behavior based on murine models, whose neurodevelopment shares many characteristics with humans brain.

Bioinspired strategies for the development of new drugs

Provided by the National Research Council

Citation: A 3D visualization of oxytocin and vasopressin circuits with unprecedented resolution (2021, May 21) retrieved May 22, 2021 from https://medicalxpress.com/news/2021-05-3d-visualization- oxytocin-vasopressin-circuits.html